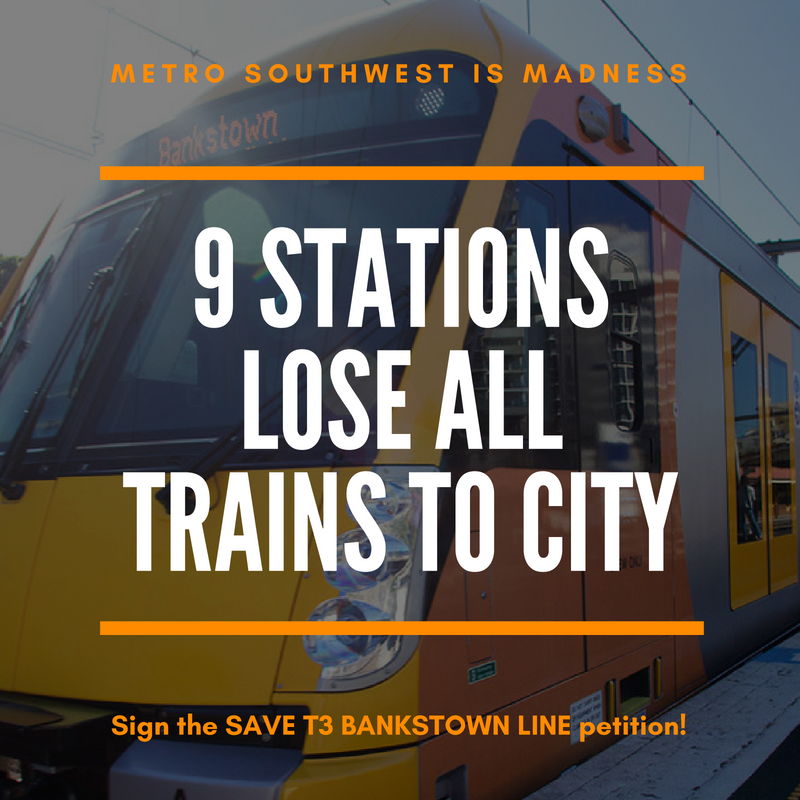 The State Government has confirmed during NSW Budget Estimates that 9 stations west of Bankstown will no longer have any train services to the City Circle once construction of the Sydenham to Bankstown Metro commences in 2019.

Will Berala, (or any of the 9 stations between Berala-Carramar-Yagoona) have direct trains to the City once the Metro Southwest (Sydenham to Bankstown) is constructed?
(a) If not, how many commuters will be forced to interchange for trains to the City at:
i. Lidcombe? ii. Bankstown? iii. Cabramatta?

This is Minister Constance’s response (329):

I am advised: This information is publicly available.

Customers travelling from Yagoona, Birrong, Regents Park, Berala, Sefton, Chester Hill,
Leightonfield, Villawood, and Carramar stations could travel to the CBD via Sydney Trains
and Sydney Metro, changing trains at Bankstown, or by Sydney Trains only, changing at
Lidcombe/Cabramatta

So, despite Minister Constance’s cowardice to giving the simple answer of “no”, it is confirmed that 9 stations west of Bankstown will have no trains to the City. Former CityRail executives John Brew, Ron Christie, Bob O’Loughlin and Dick Day have warned that 19,000 commuters will have to interchange as a result of the Sydenham to Bankstown Metro on the T3 Bankstown Line.

Please join our Rally for Public Transport on Saturday 20 October, 10am at Regents Park station!

We are rallying to Restore Inner West Line – Liverpool via Regents Park, Save T3 Bankstown Line (No Sydenham to Bankstown Metro) and for more express trains & less overcrowding at Lidcombe. 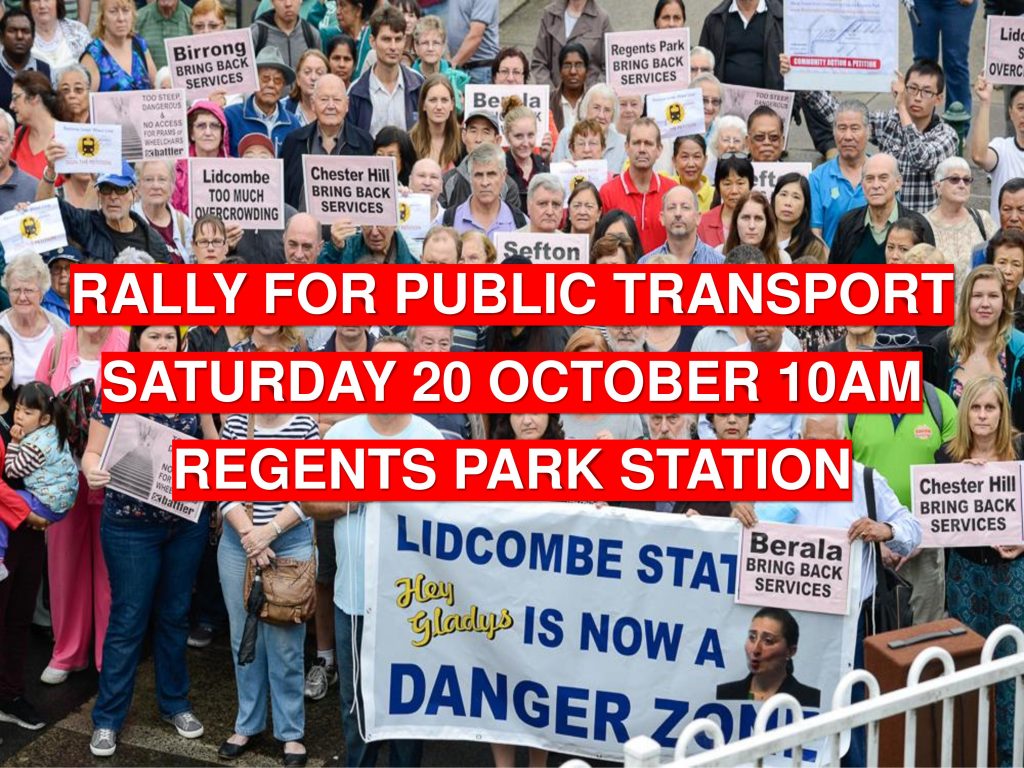