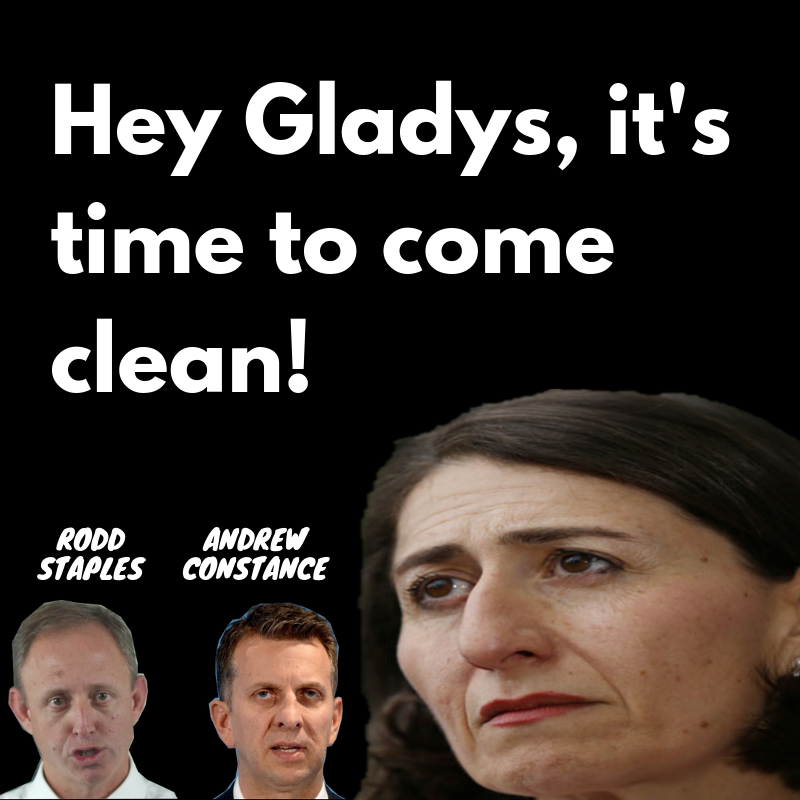 The re-election of Gladys Berejiklian’s Liberal government has emboldened the secrecy and lack of transparency in Transport for NSW.

The Government Information (Public Access) Act 2009 NSW (GIPA Act – formerly Freedom of Information) establishes a proactive, more open approach to gaining access to government information in New South Wales. The objects of the GIPA Act are to maintain and advance a system of responsible and representative democratic Government that is open, accountable, fair and effective.

It is come to our attention that Sydney Trains has removed recently removed 5 years of records from its current disclosure log.

The previous disclosure log contained records of GIPAs starting in 2010 to 2018, however the current version of the document sees the starting date changed to mid-2015.

Members of the public are able to request information that has been previously released by contacting Transport for NSW with the reference number of the existing GIPA.

Some of the GIPA records that have been removed include requests for information into the Epping to Chatswood Rail Link, the Harris Park station wall collapse and statistics on the Sydney Trains fleet.

However the most substantial removal is the record of projections for capacity and patronage in 2019 on the Sydney Trains network.

This is nothing short of a cover-up especially with Sydney Metro Northwest set to open in mid-2019 following reports of serious issues involving safety and signalling uncovered during testing.

The cover-up of projections for capacity and patronage in 2019 is an attempt to hinder research and scrutiny of Sydney Metro claims of benefits for the wider Sydney rail network, as well as implications of WestConnex and other infrastructure projects.

Upon request to Sydney Trains for access to the projections for capacity and patronage in 2019, Transport for NSW claimed that such information was not held.

If Transport Minister Andrew Constance and the Secretary of Transport for NSW Rodd Staples cannot break the culture of secrecy and refusal to be held accountable to the public, they must resign!

Please consider donating to support our investigative research into transport planning in NSW and Freedom of Information (GIPA) campaigns!