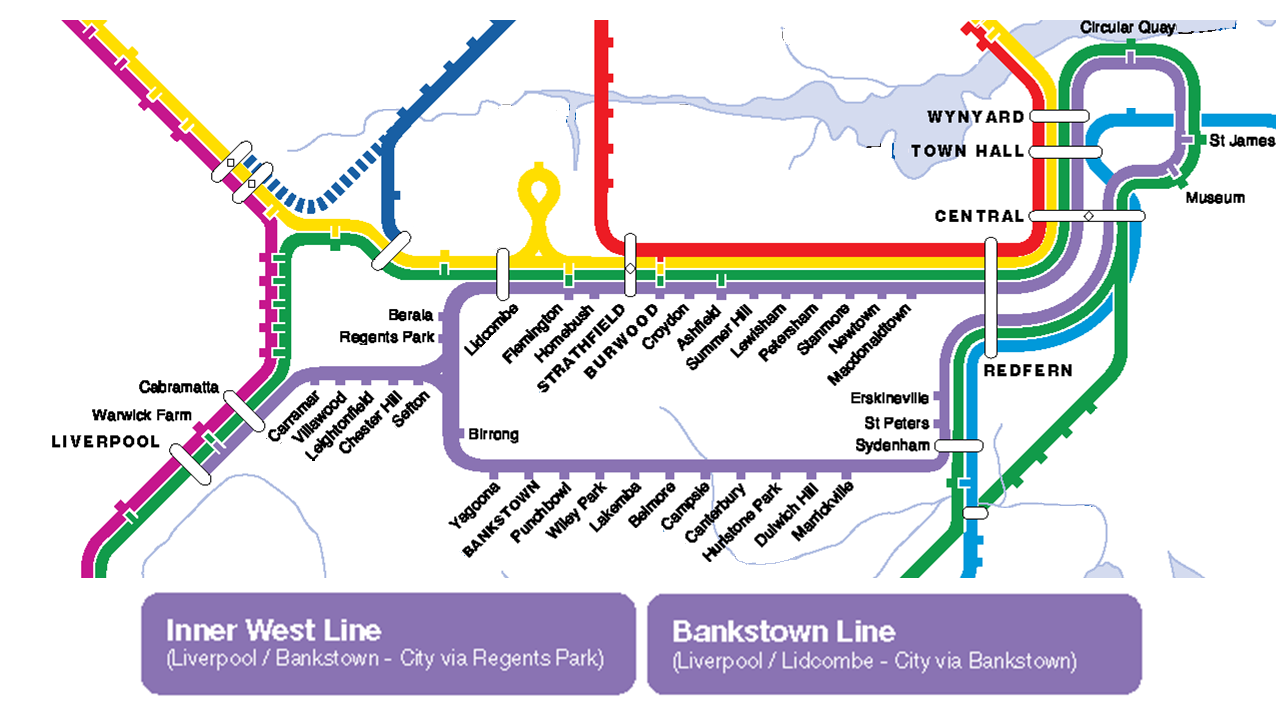 The Bankstown Line’s termination at Lidcombe was in preparation for the conversion of the line (Sydenham to Lidcombe and  Cabramatta) into rapid transit (Metro) trains, although the government eventually announced Metro Southwest as only Sydenham to Bankstown (and a new corridor to Liverpool) due to conflicts with freight trains west of Birrong

T3 Bankstown Line services were also changed in 2013 to enter the City Circle via Town Hall (rather than via Museum), which increased overcrowding at Town Hall and Wynyard

The Inner West Line’s termination at Homebush was in preparation for the conversion of the line (Central to Homebush) into rapid transit (Metro) trains, although this plan has since been ruled out

The 2013 timetable was designed to prepare the case for the introduction of Rapid Transit (Metro) trains into Sydney, instead of improving commuter journeys and reducing travel times

As EcoTransit writes in its submission to CUMBERLAND COUNCIL’S 2030 OUR LOCAL STRATEGIC PLANNING STATEMENT:

Reintroduction of services changed or cut by the Government and Transport for NSW (TfNSW) to reduce the necessity to change trains to reach destinations:

The time taken to terminate trains at two stations (with only Flemington between) actually would require additional trains to provide the same frequency. The trains still have to operate around the City Circle, so no improvements to services are obtainable through the City!

Once again, this ridiculous situation makes it inconvenient for people to use rail to reach their destinations and many, no doubt, end up driving and adding to the congestion and pollution.