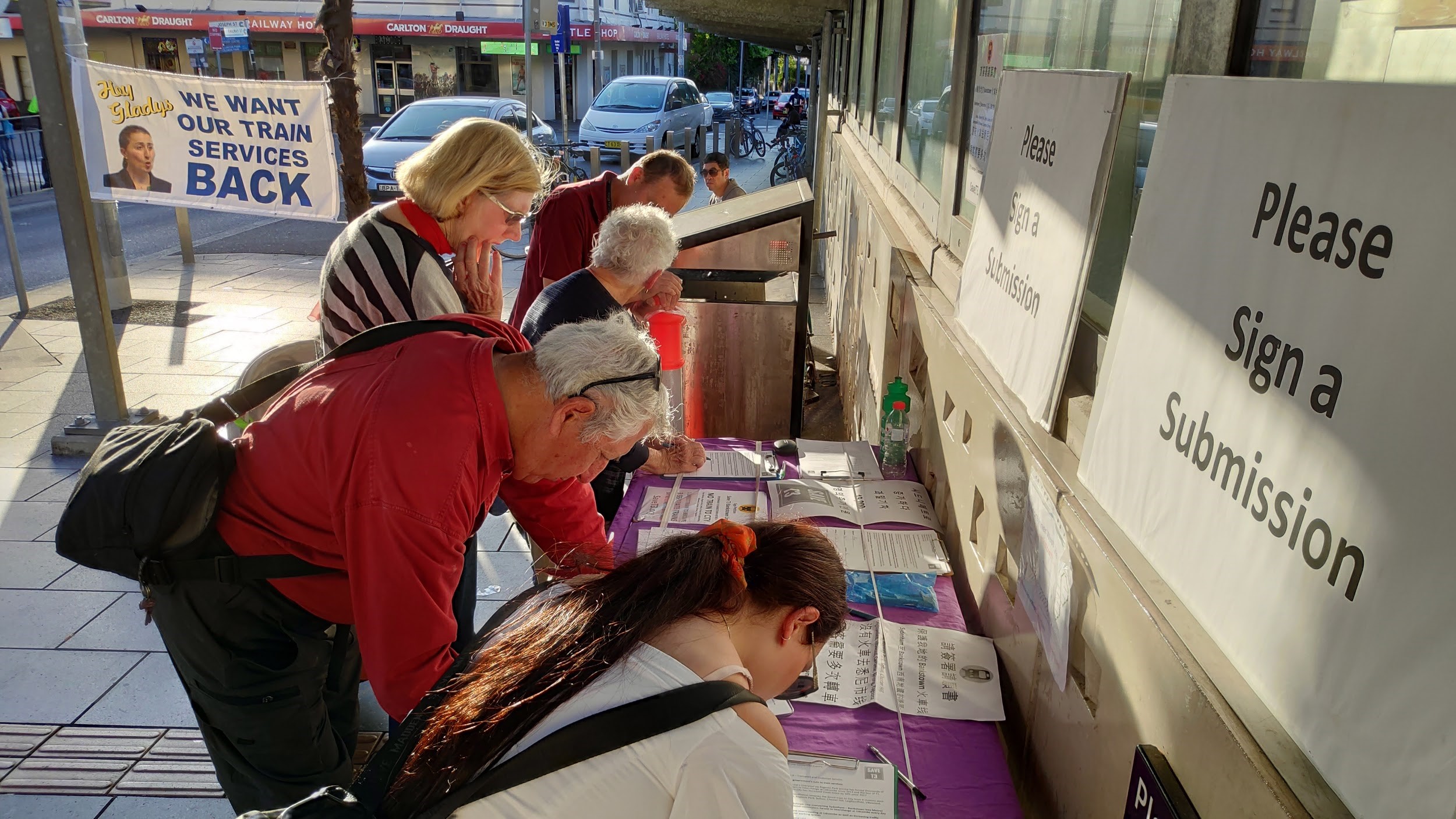 Around 650 locals have signed submissions to the Parliamentary Inquiry into Metro Southwest voicing their strong opposition to the project, which is a major downgrade of public transport for west of Bankstown

Submissions call for the restoration of the Inner West Line (City to Liverpool/Bankstown via Regents Park), Save T3 Bankstown Line (no to Metro Southwest) and for express trains at Lidcombe station

Despite Cumberland LGA being officially ignored by the NSW Government in the planning of Metro Southwest, the consequences of converting Sydenham to Bankstown into Metro will be felt by those west of Bankstown

Train services cut by the NSW Government in Cumberland LGA (and former Auburn LGA) since 2013:

The NSW Government isn’t content with the significant downgrading of public transport in Cumberland LGA and surrounding suburbs that further cuts are planned including:

Restore Inner West Line calls on the NSW Government to stop downgrading public transport, Save T3 Bankstown Line (no to Metro Southwest) and to restore all services removed since 2013

Submissions can be signed online at www.SaveT3.org/MetroInquiry until 13 October 2019