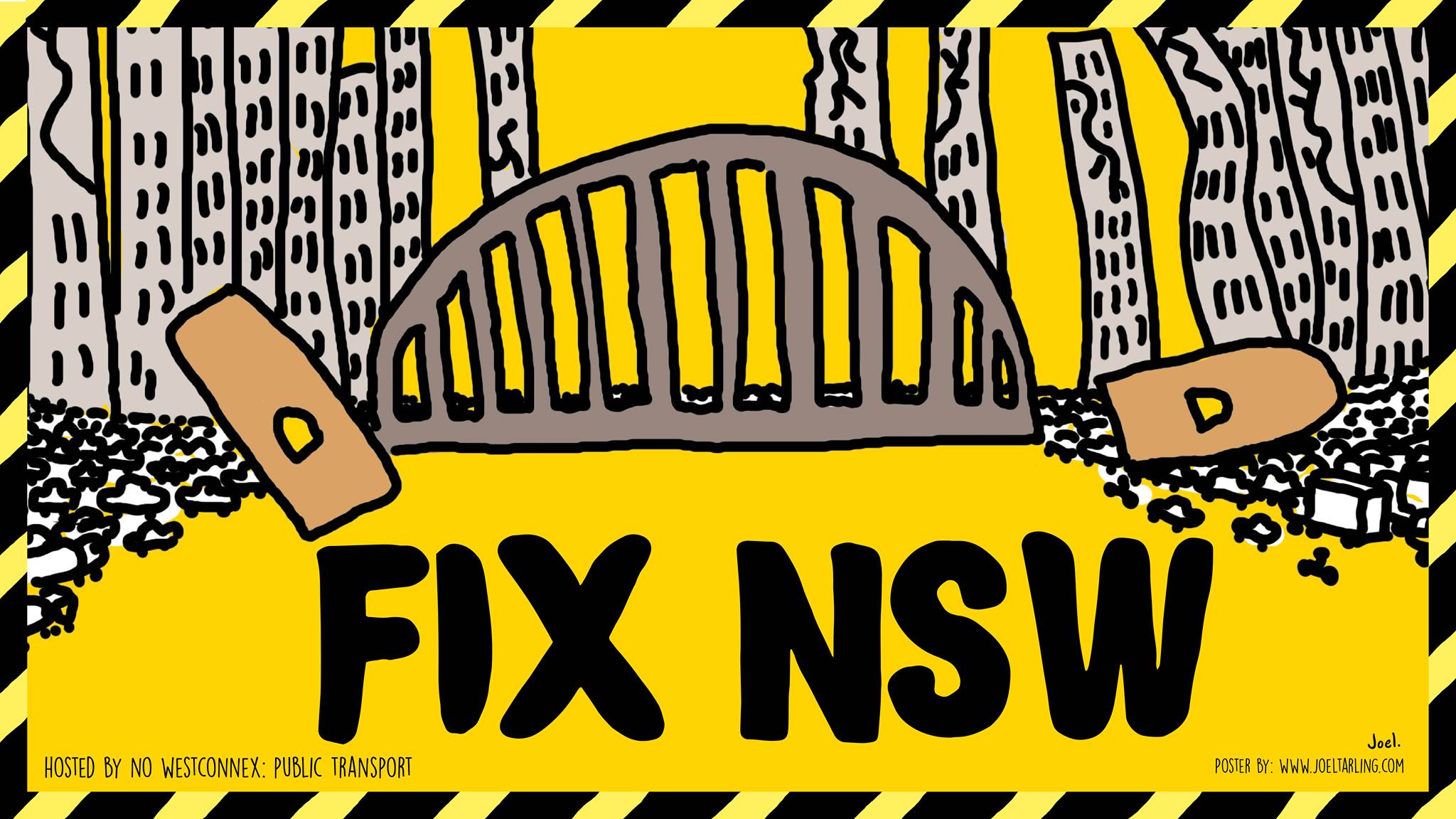 Over 50 community groups will be rallying in Sydney on 3 March in a unified call to improve public transport, stop over-development and stop privatisation.

The rally will be the third major Fix NSW protest with support from many Sydney based and regional activists from across the state. 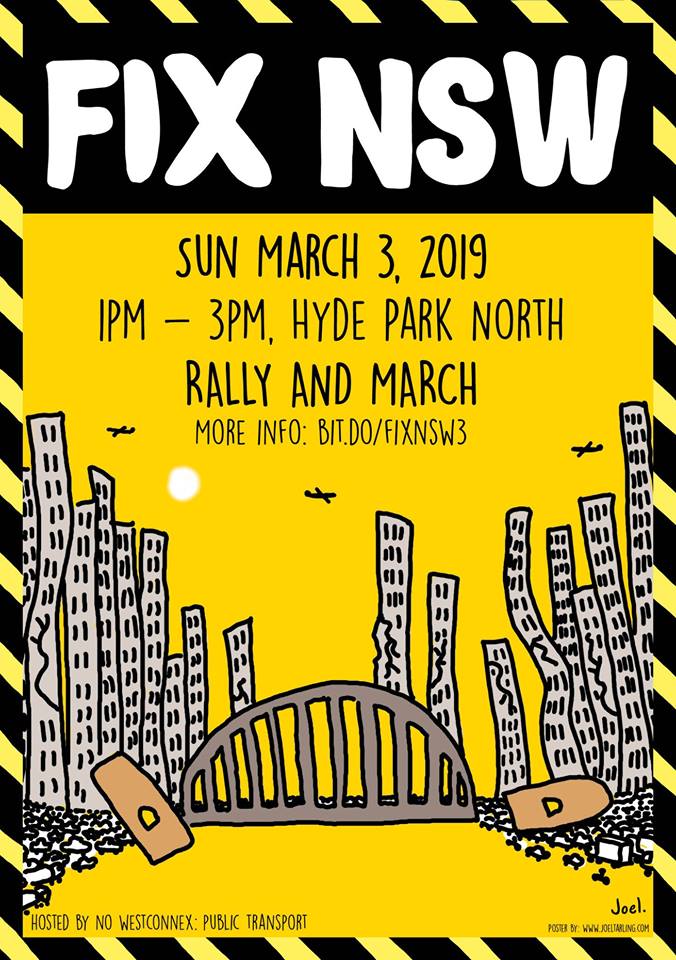 Speaking at the rally will be Federal Senator Mehreen Faruqi, City of Sydney Councillor Jess Miller, School Strike 4 Climate’s Jean Hinchliffe and others.

The march will also emphasise the need for a Royal Commission into the Planning and Delivery of Transport Infrastructure in NSW.

Opposition to the WestConnex toll-road will once again be an underlying rallying cry for many Inner West Sydney community groups.

Public transport will be a hot topic at the rally with South Coast trains and Bankstown Line services being major issues ahead of the State Election. 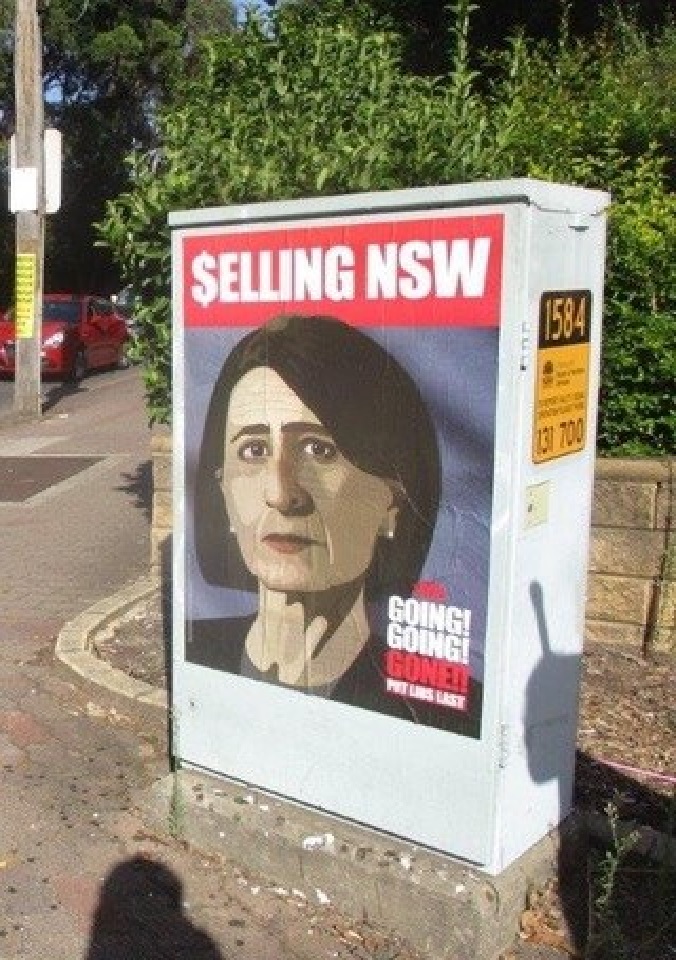 Activists have also begun displaying posts calling for the government to halt the sale of assets across NSW.

The march will begin at Hyde Park North from 1pm. Nearest public transport is St James railway station. More information about the Fix NSW march can be found at: 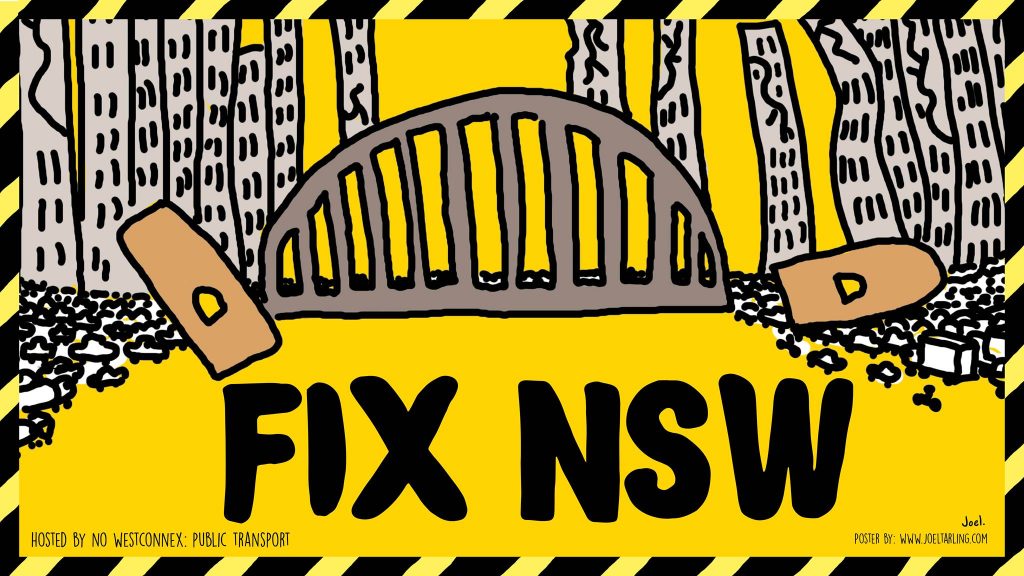 Not happy about NSW? Fed up with politicians hidden agenda decisions?

Outraged at inaction on climate change, the stadiums and Powerhouse museum waste, CSG, destruction of our river systems, the ongoing forced removal of Indigenous children and deaths in custody? Disgusted how your city has become unliveable? WestCONnex & tollroads, over-development, unaffordable housing, inadequate public transport, understaffed and under-resourced hospitals and schools, ads on the Opera House, lock outs and the strangling of the live music scene? Land cleared, trees chopped and parks lost? Have your services been stripped away or privatised? Sick of dodgy construction and political corruption?

On March 23 you can vent your frustrations at the ballot box. But is that too late?

Join us in sending a loud and clear message to all politicians – you want my vote, then fix my state!

Show them what people power can do and what ignoring us will mean.

One time, one place, one voice, FIX NSW!

Endorsed by over 50 community organisations, and growing (email fixnsw2019@gmail.com to add your group’s endorsement):

Download and print out a copy of the A4 size poster, to put up in your local area or workplace.