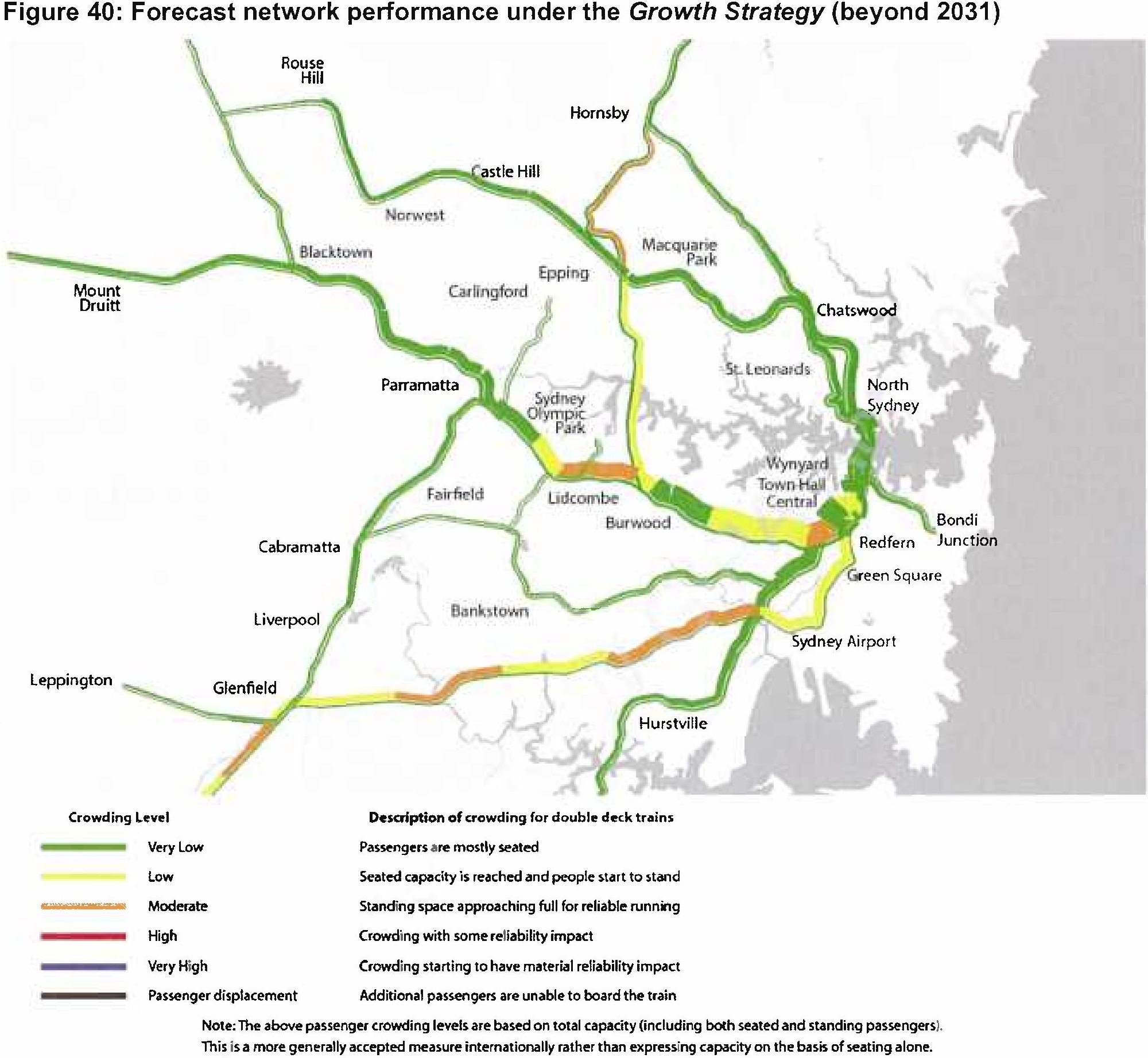 Freedom of Information documents obtained by Restore Inner West Line indicate predictions for the rail corridor between Homebush and Lidcombe to be one of the most overcrowded in Western Sydney according to Transport for NSW’s beyond 2031 Growth Strategy.

The orange markings between Homebush and Lidcombe represent trains running with all seats taken and almost all standing room occupied.

With the cutting of the Inner West Line at Homebush in 2013 reducing the number of available seats and services for passengers going directly between Homebush and Lidcombe leading to increased overcrowding, Restore Inner West Line is urging the government to use it’s own predictions as further reason to reinstate the train services.