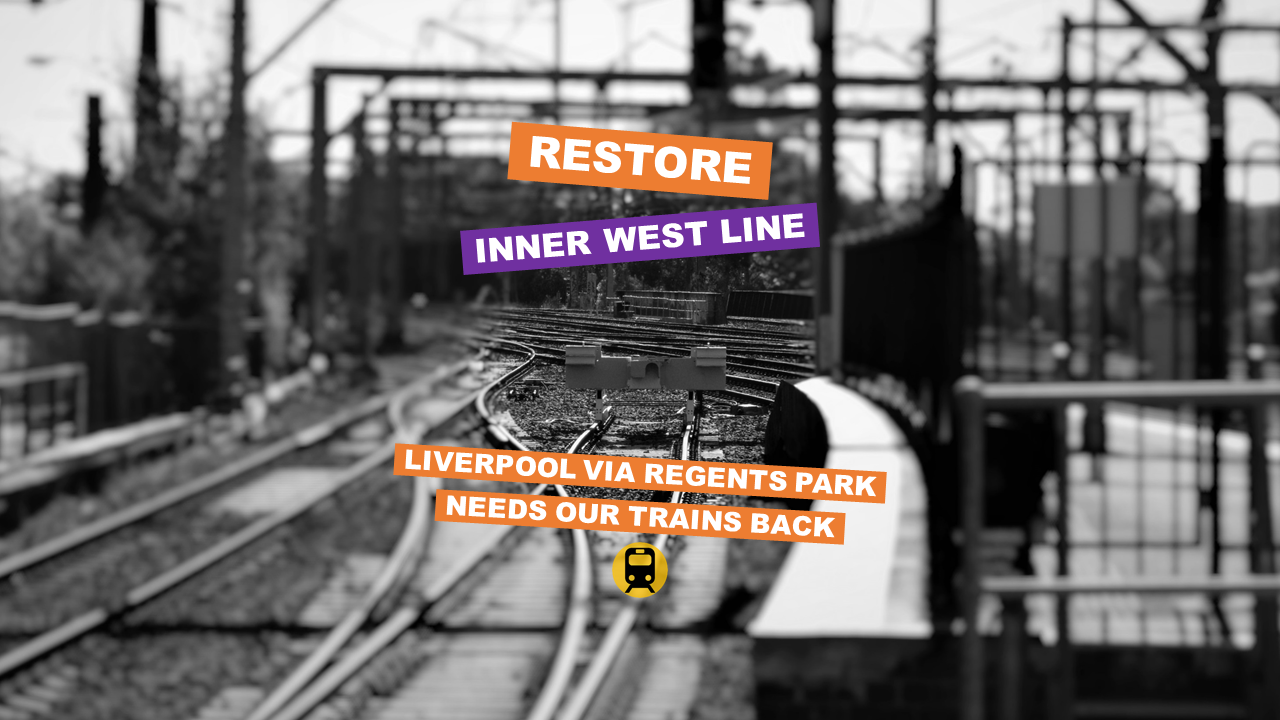 The NSW Government has undertaken the biggest rewrite [downgrade] in a generation. It defies logic but Sydney train commuters could be facing a longer wait and more crowded trains. Some major suburban stations having services cut.

Among the losers passengers who use Rockdale and Kogarah stations and in the Inner West, they will have reduced services. It’s been described as smoke and mirrors with Sydney train users getting conned yet again.

Cuts were made on the line between Liverpool and Homebush meaning many passengers have to make multiple changes on crowded platforms everyday.

The State Government has been forced to admit that it’s new train timetables has canibalised services in some areas.

This is the forgotten black hole on the Sydney network, Birrong on the Inner West Line where they used to be frequent services now commuters complain to get anywhere they’re forced into multiple train changes.

All trains now terminate at Lidcombe least one so i had to get on a very full train at Lidcombe.

These changes are really going to inconvience people and also shows that really the government’s been prepared to rip off people in one area to give to another.

I have to leave at least an hour and a half earlier.

While Cheryl Miller’s sons go from Berala to Homebush, what was a 10-minute trip is now 35, a 4 stop journey which needs 3 changes. It’s just amazing it’s just so bad.

We have to wait for an all stops just to get a seat so if they cutting all the trains that means every train is going to be to be packed.

Many commuters say they’re fed up. The crowding is getting worse more passenger cramming into fewer carriages.

That does have an enormous impact on their ability to turn up for work on time. Going to affect a lot of people.

More people means you need more trains. So yes I think they got it wrong. That’s not good at all. I’m going to be late for work.

It means longer time on the train or having to change many many times. Commuters are angry travel times are blowing out, John Kay commutes from Birrong changing at Lidcombe with another swap at Strathfield, what used to take 15 minutes now takes almost an hour and a half.

This government introduced and major change the timetable and have cut services for a lot of commuters and done it without any consultation whatsoever.

Andy Trinh goes from Central to Regents Park, his 40-minute direct commute now takes over 70 minutes thanks to a frustrating wait at Lidcomble. The worst times is of course 30 minutes.

That’s ridiculous I don’t get it, have start leaving 20 minutes earlier then… to get to work. I think it’s appalling I think it’s absolutely disgusting it’s not the right move at all.

Rachel Robertson’s five stop travel from Berala to Strathfield used to take 10 minutes but now with two changes it’s closer to 50. How am I supposed to get to uni by 7am? I have to wake up nearly five thirty in the morning.

The Minister for Transport has quite simply ignored these people in Western Sydney they now have a significantly worse timetable.

I used to catch just one train from Newtown to Chester Hill, now I have to catch 4 trains. People are going to lose out. The services that they have lost have completely changed the way they use public transport in Sydney.

For this region here, for our line it’s been the biggest downgrade of a generation. The next train does not stop at this platform, please stand behind the yellow line please stand clear.