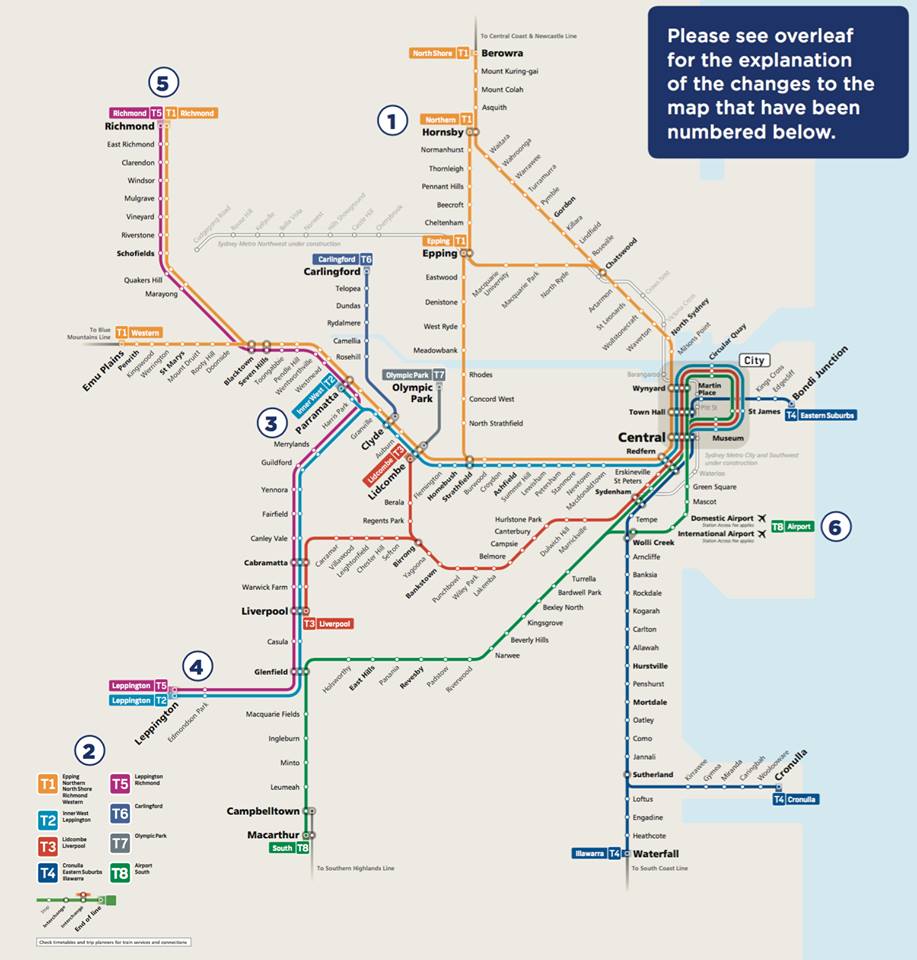 Transport for NSW has announced a new direct link between the Inner West and Parramatta on the T2 Inner West Line on weekdays will commence in late November. 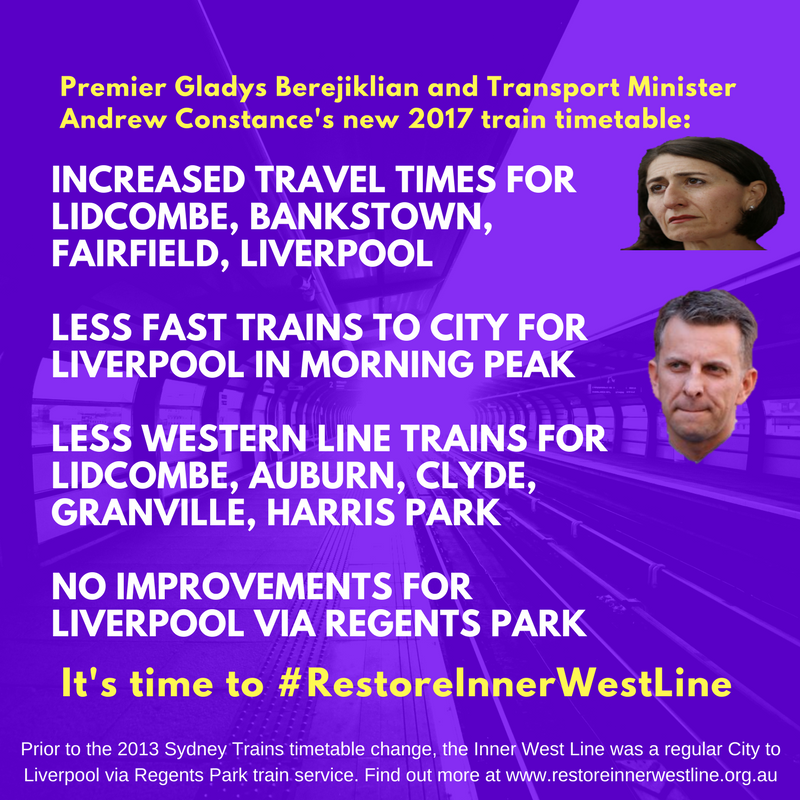 Harris Park, Granville, Clyde, Auburn, and Lidcombe will be served by T2 Inner West services during some periods of the day.

As reported earlier this year, some of these stations will be losing some T1 Western Line trains resulting in increased travel times towards the City.

Commuters from the South West such as Fairfield and Liverpool will also experience increased travel times with current T2 South Line services set to become all stops after Granville on the new Inner West Line.

The extension of the Inner West Line to Parramatta also contradicts the State Government’s reasons for the 2013 cuts at Homebush station: a lack of track capacity between Homebush and Lidcombe, and to reduce track crossovers.

The Inner West train service from Parramatta to Central will involve a crossover between Harris Park and Granville, and use tracks between Homebush and Lidcombe.

Restore Inner West Line is disappointed that the timetable change announcement has once again neglected to increase train services for Berala – Carramar commuters on the T3 Bankstown Line.

We are calling on Transport for NSW and State Government to reinstate the City to Liverpool/Bankstown via Regents Park train service even if it will no longer be called the Inner West Line.

Transport for NSW has yet to confirm how the changes will affect the 3 Monday to Friday – Liverpool to City via Regents Park and return services currently heavily relied on by students and commuters between Berala – Carramar.