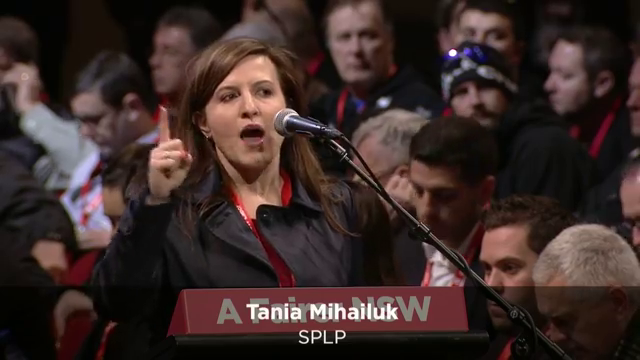 The Restore Inner West Line community action group thanks the NSW Labor Party for continuing its commitment to reinstate the Liverpool via Regents Park train service.

We would like to especially acknowledge Tania Mihailuk (Member for Bankstown) as a champion supporter of restoring the Inner West Line to Liverpool/Bankstown via Regents Park.

“In October 2013, one of the worst acts of bastardry that they [Barry O’ Farrell and Gladys Berejiklian] have done to our community was to tear up the Inner West train line – to remove the Liverpool via Regents Park train” – Tania Mihailuk

Labor has previously announced it will cancel the conversion of the Sydenham to Bankstown line for Sydney Metro given that it does not provide new rail and due to the disruptions associated with the line shutdown.

The Sydenham to Bankstown Metro line would also force at least 19,000 commuters west of Bankstown from 9 stations to interchange for trains to the City Circle.

“[This] meant commuters in Carramar, Leightonfield, Villawood, Chester Hill, Sefton, Birrong, Berala, Regents Park [and Yagoona], now have to catch 3 services to go into the City. Under Labor it was 1” – Tania Mihailuk

The motion to restore the Inner West Line to Liverpool via Regents Park as part of Labor’s Building Sustainable Communities policy was adopted at the 2018 NSW Labor Conference.