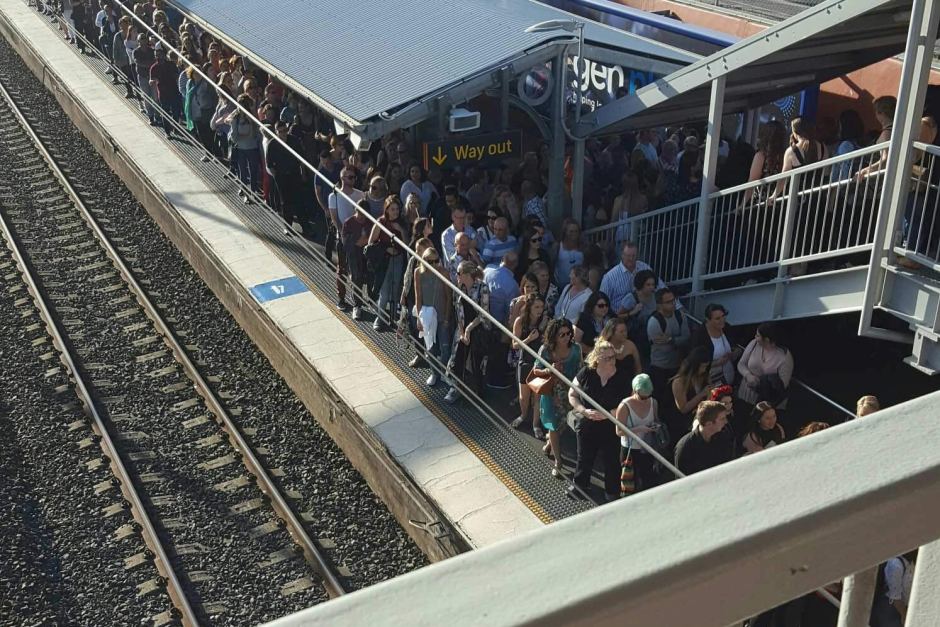 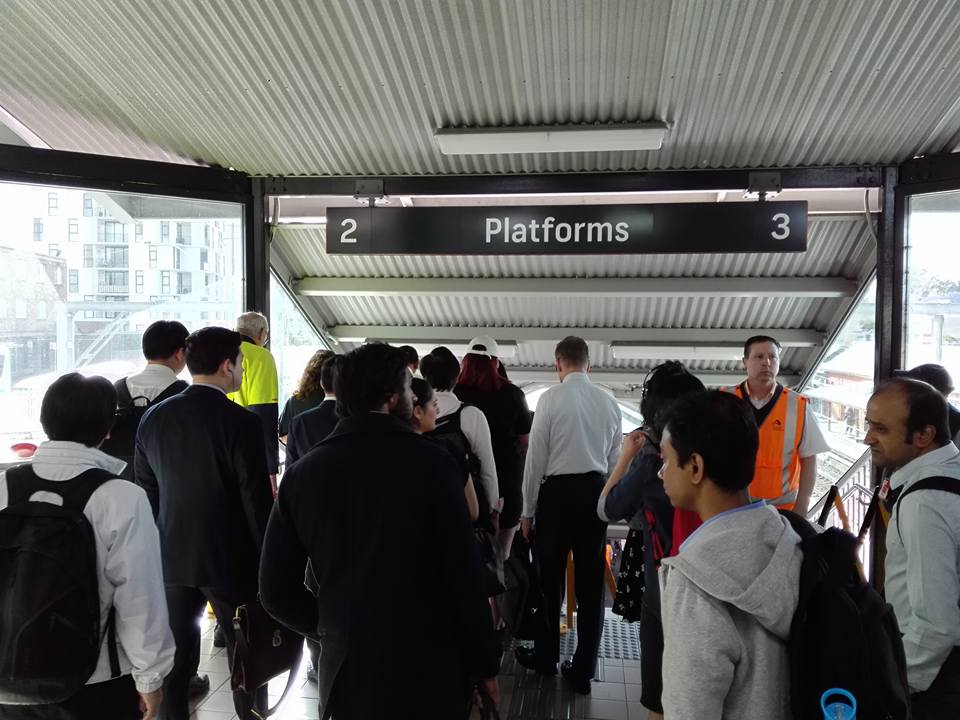 Passengers interchanging from the Bankstown train (terminating on Platform 5 at Lidcombe since 2013) overwhelmed the station concourse forcing staff to close a stairway for crowd control purposes. 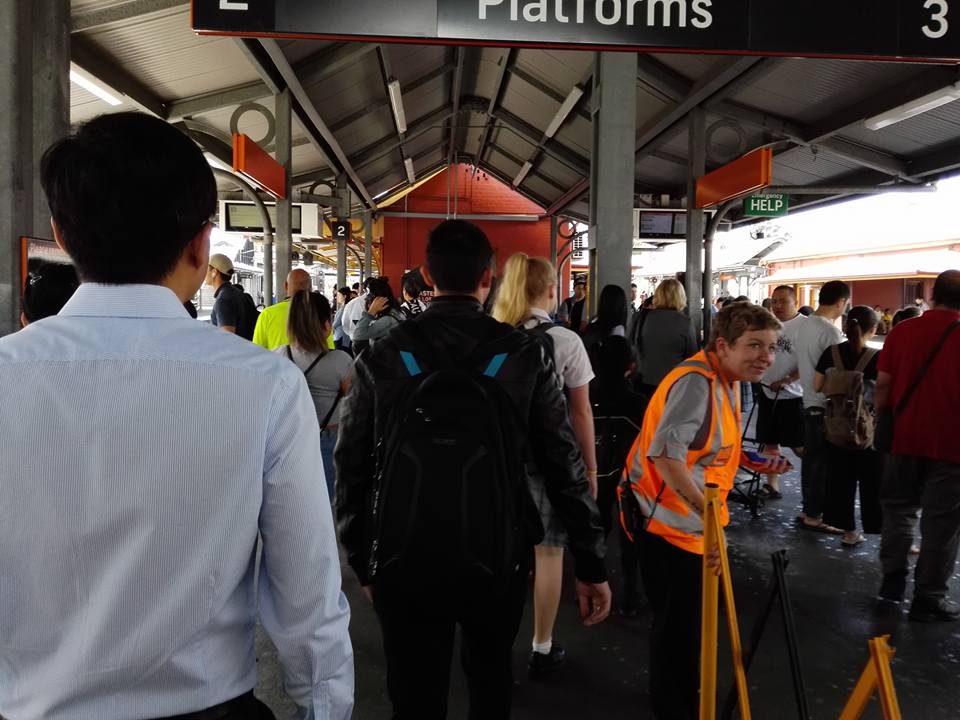 The large crowds were forced to share the station with commuters starting their journey at Lidcombe on the already overcrowded Platform 3 waiting for very full trains to the City.

Sydney Trains staff despite being more interested in promoting the new timetable than reducing overcrowding at the station could not answer questions on what the major changes for Lidcombe would be with the new timetable starting on 26 November. 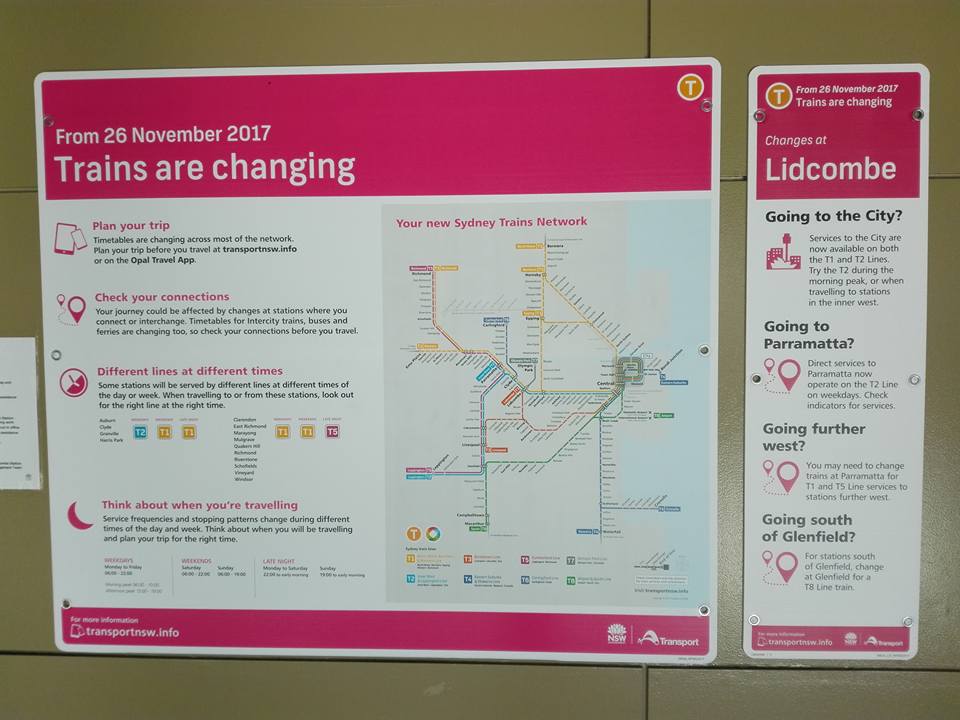 A new ‘trains are changing’ sign has also been posted the walls of Lidcombe station with the false claim that “services to the City are now available on the T1 and T2 Lines”.

Both the T1 Western Line and T2 South Line currently provide Lidcombe with services to the City.

“Try the T2 during the morning peak” is a cover up for FAST TRAINS HAVE BEEN CUT.

Journey times to the city will also increase by 10 minutes for Lidcombe commuters in the new timetable!

With the new timetable failing to restore the Inner West Line (Bankstown to City via Regents Park), Lidcombe station will become even more overcrowded.