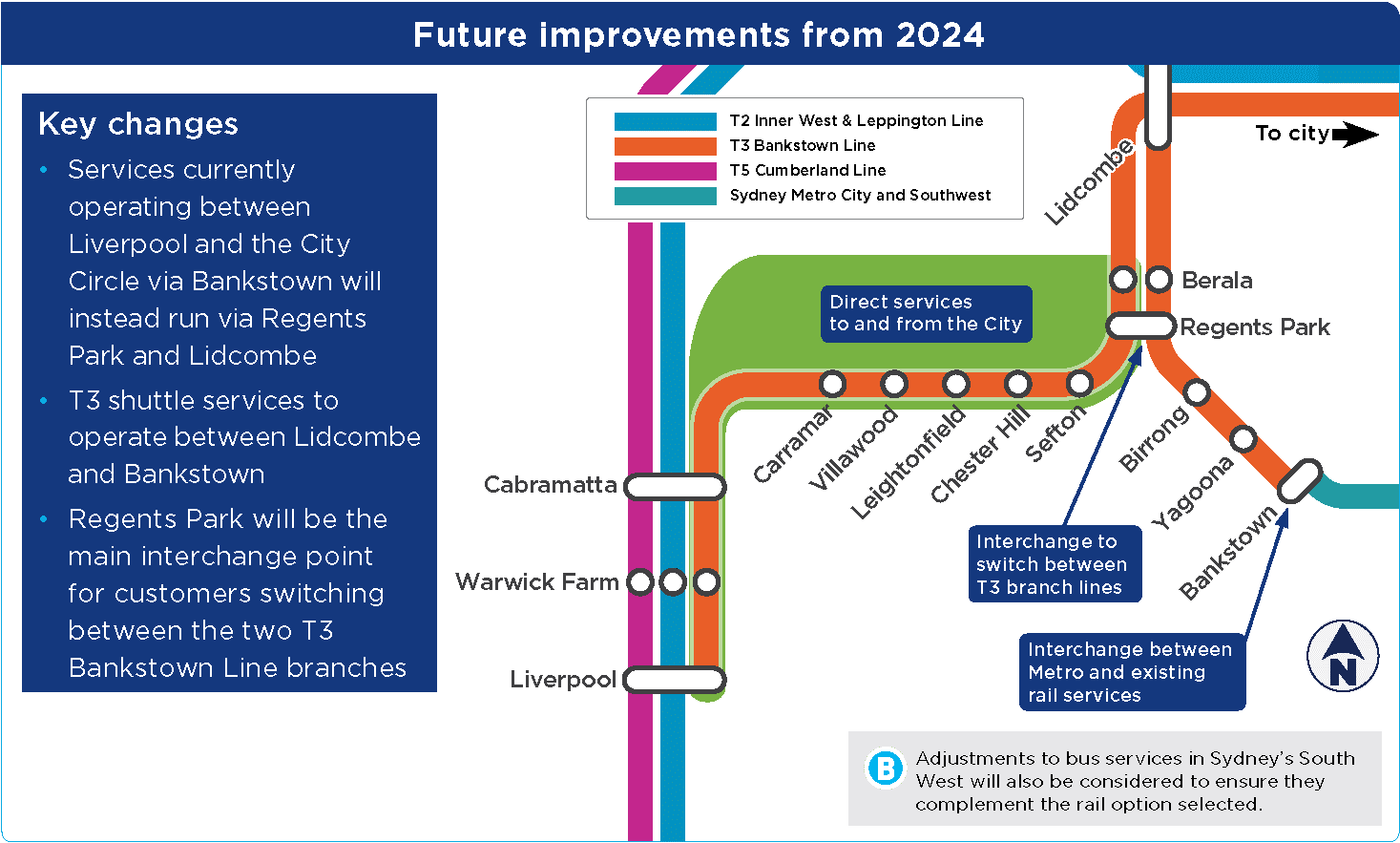 The Restore Inner West Line Community Action Group warmly welcomes the NSW Government’s announcement of the future return of direct train services to the City for 7 stations west of Bankstown.

Transport for NSW’s decision to reopen the former Inner West Line’s City to Liverpool via Regents Park service is thanks to the efforts of local residents over the last 7 years.

The Restore Inner West Line campaign commenced in October 2013 as a response to the NSW Government’s unfair cuts to services resulting in direct train journeys becoming up to 4 separate trains with an interchange at Birrong, Lidcombe, and Strathfield.

Last year’s NSW Legislative Council Inquiry into the Sydenham-Bankstown line heard evidence that Sydney Trains timetable change in 2013 was designed to facilitate the conversion of the line into Sydney Metro.

The implementation of the Sydenham to Bankstown Metro, without the full restoration of the Inner West Line (City to Liverpool and Bankstown via Regents Park), will result in up to 19,000 commuters west of Bankstown without any train service to Central or the City Circle.

Restore Inner West Line would like to also thank our local Members of Parliament (Bankstown, Auburn, Fairfield, Cabramatta, Liverpool), Councillors in Strathfield, Auburn/Cumberland, Canterbury-Bankstown, Liverpool and kindred groups such as The Battler, EcoTransit Sydney, and the Sydenham-Bankstown Alliance for supporting us.

We remain concerned about the conversion of Sydenham to Bankstown into Metro and the ensuing over-development including in Chester Hill and potentially in future in Berala.

Signalling upgrades on the T3 Bankstown Line with the ability to deliver trains every 2 to 3 minutes should be implemented as the lower-cost alternative to the Metro conversion.

“Delighted to see plans for the Inner West Line restored to Liverpool via Regents Park, but we’ll keep fighting for Birrong and Yagoona too”

Read more about Transport for NSW’s Planning for rail services west of Bankstown Station in 2024: https://yoursay.transport.nsw.gov.au/west-of-Bankstown