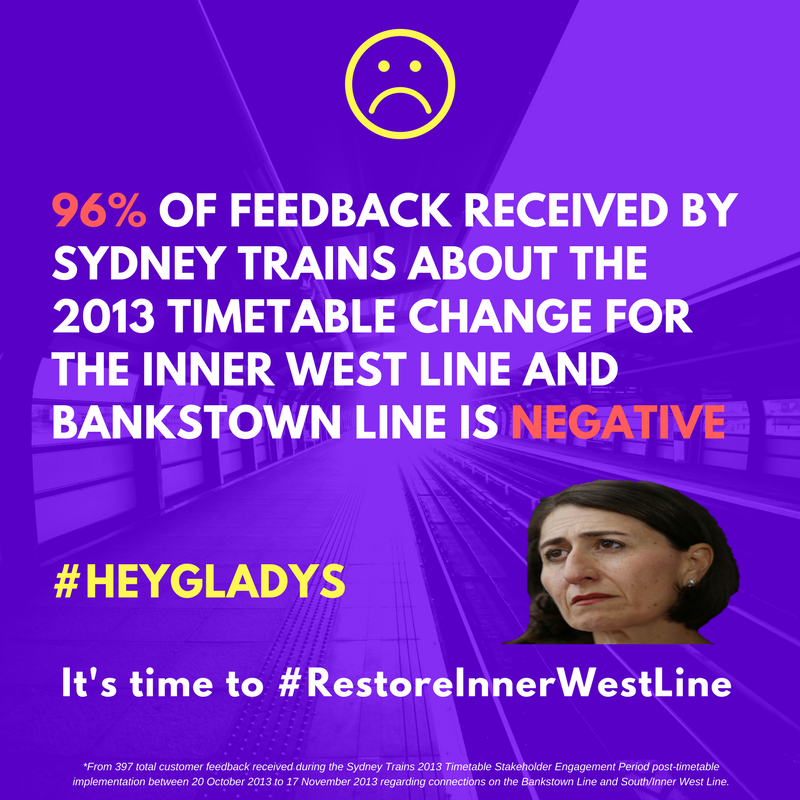 Restore Inner West Line has conducted an exclusive Freedom of Information (GIPA) investigation into the 2013 timetable changes for the South/Inner West Line and Bankstown Line.

Transport for NSW documents show that from the 397 total customer feedback received during the Sydney Trains 2013 Timetable Stakeholder Engagement Period post-timetable
implementation between 20 October 2013 to 17 November 2013 regarding connections on the Bankstown Line and South/Inner West Line, 96% of the feedback were recorded as complaints.

Since 2013, many commuters and Restore Inner West Line have been asking the government to restore the Inner West Line (Liverpool/Bankstown via Regents Park trains). The common response is that Transport for NSW is monitoring feedback and would respond accordingly.

These numbers show the complaints received just from the first month of the new 2013 timetable. Transport for NSW was unable to provide information for a longer period of time due to the large number of records (up to 27,000) that could have been complaints regarding the Inner West Line and Bankstown Line cuts. 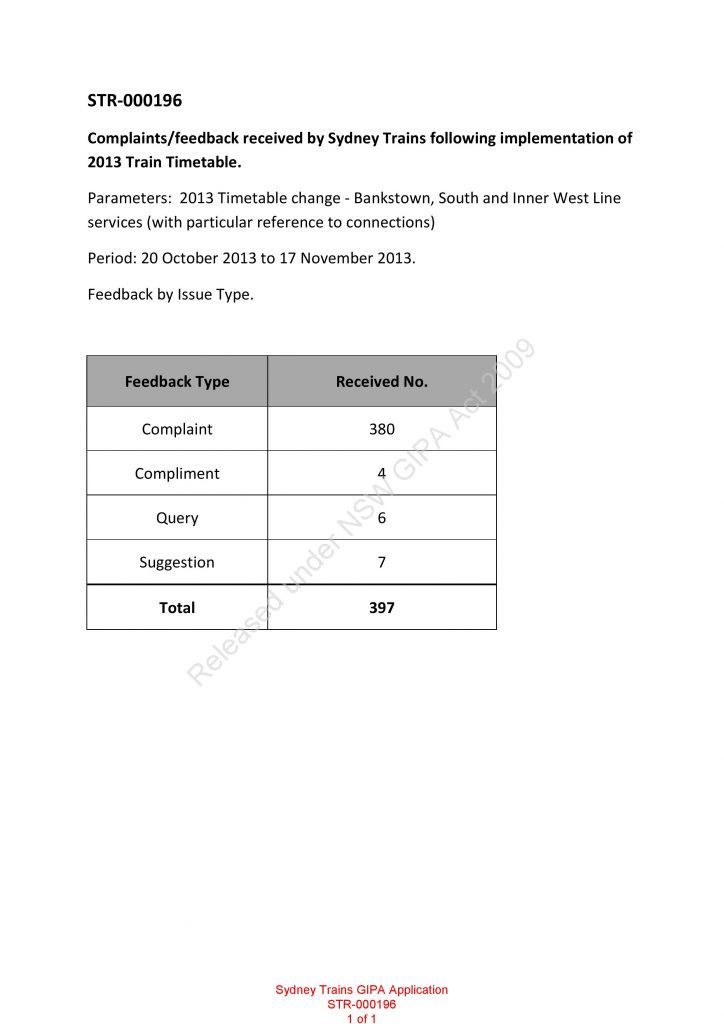 Gladys Berejiklian, Andrew Constance, Transport for NSW/Sydney Trains must act to reinstate the train services if they are honourable to their commitments to listening to the community and in support of public transport!

A request has been made to Transport for NSW for a Line by Line breakdown of the complaints.