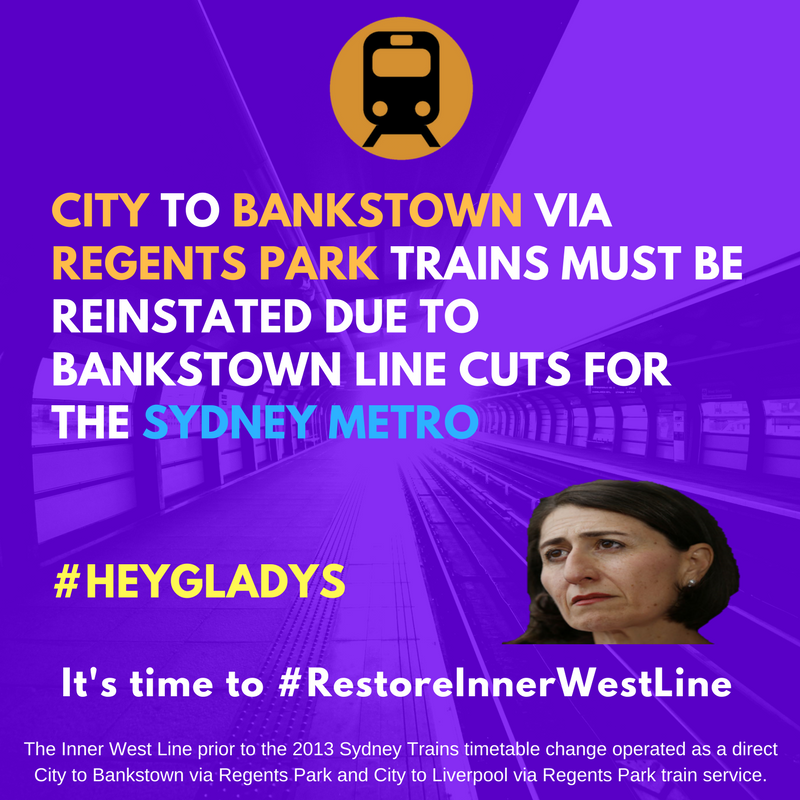 Restore Inner West Line calls for the reinstatement of the City to Bankstown via Regents Park train service as a replacement for the Bankstown Line train services removed by the Sydney Metro.

The construction of the Sydney Metro between Bankstown and Sydenham will result in the Bankstown Line being cut in half and commuters from the west and north of Bankstown forced to change trains to travel into the City and Inner West.

Reinstating the City to Bankstown via Regents Park train service would relieve pressure from roads around the Canterbury-Bansktown and Inner West area as well as preventing additional overcrowding at T1 Western Line and T2 South Line stations.