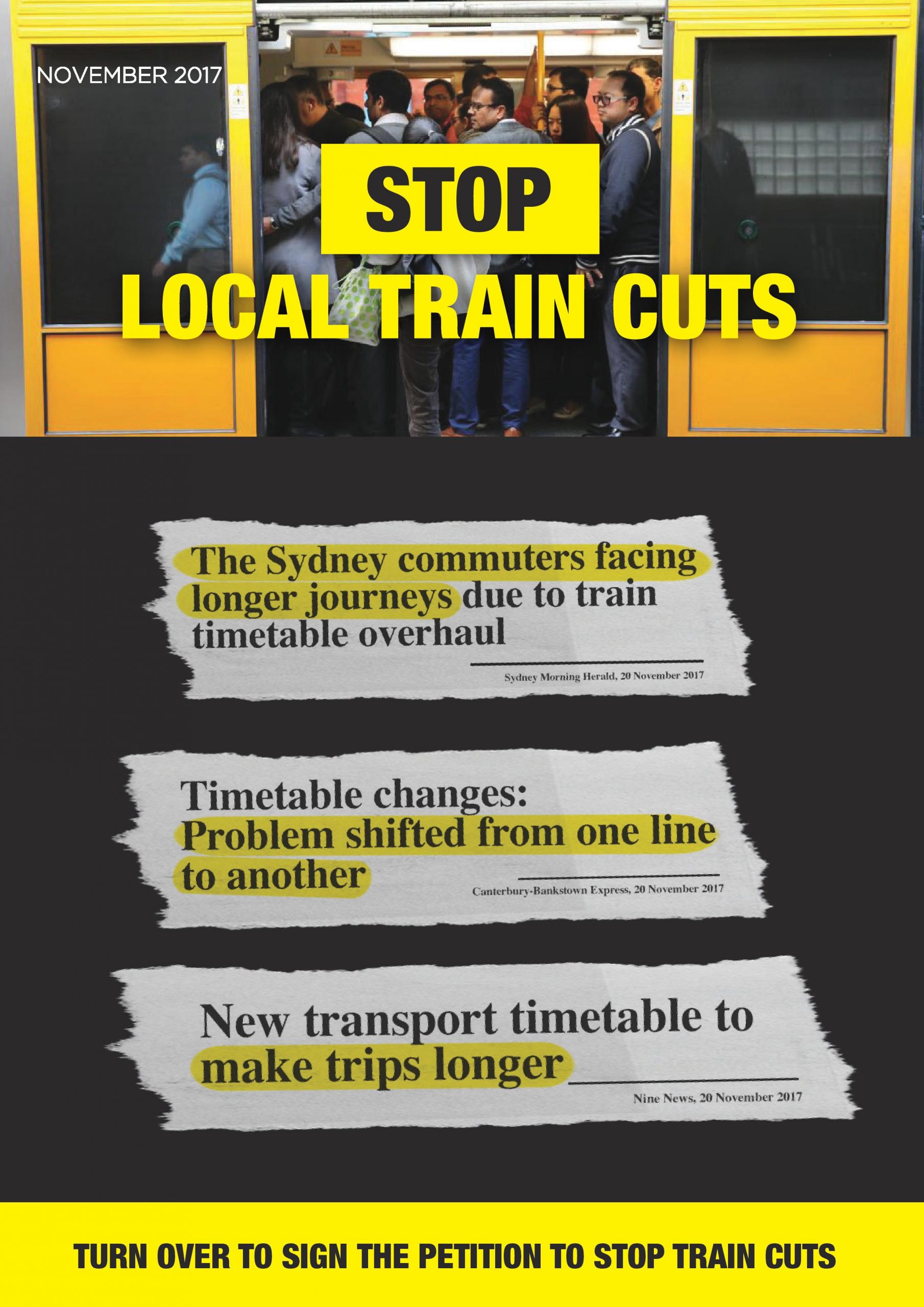 The slower trains and less direct services timetable has rolled out across the Sydney Trains network much to the disgust of commuters.

Trains arrived late and many commuters were left furious after discovering their once direct journey has become a slower multi-interchange trip.

Not a good start to the new #SydneyTrains timetable. Trains late as well as many fast and direct trains cut! 😫 pic.twitter.com/ETNHw38dyY

Commuters from Auburn, Lidcombe and Berala travelling to the City have been forced to change trains at Strathfield for fast trains.

With T1 Western Line express trains removed from Granville, Auburn and Lidcombe during the peak, commuters found themselves stuck on slower all stops T2 Inner West Line services to the City.

The petition also calls for a review of the new train timetable. 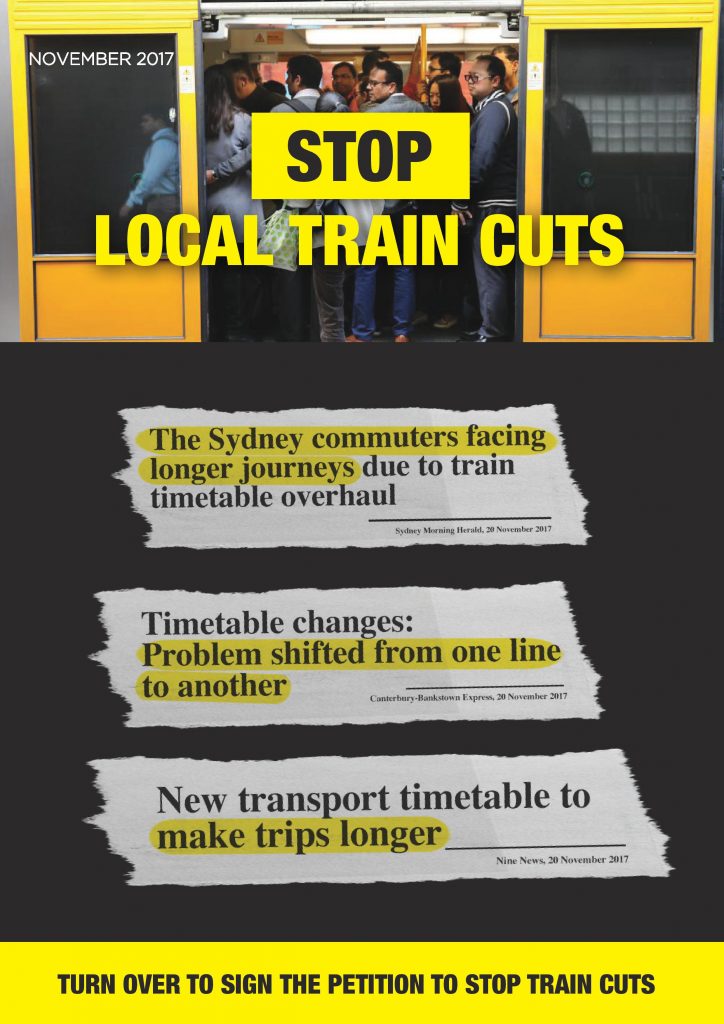 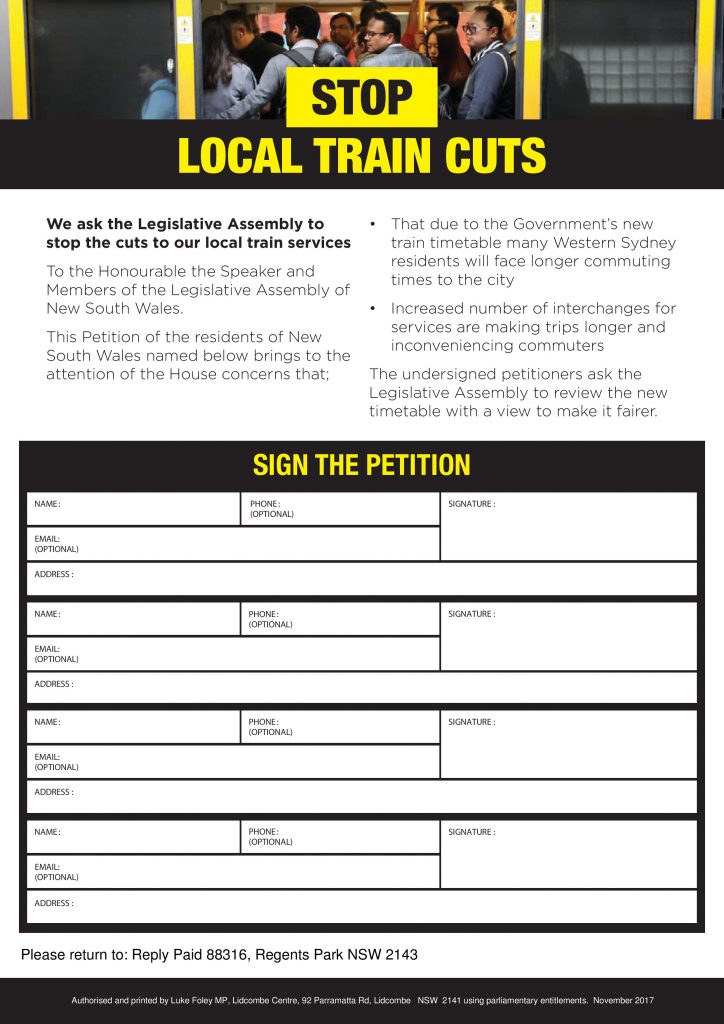 Restore Inner West Line thanks Luke Foley and Jodi McKay for their support of improving public transport in the local area.

This petition is organised by Luke Foley MP. The Restore Inner West Line community action group and petition is not sponsored by any political party.