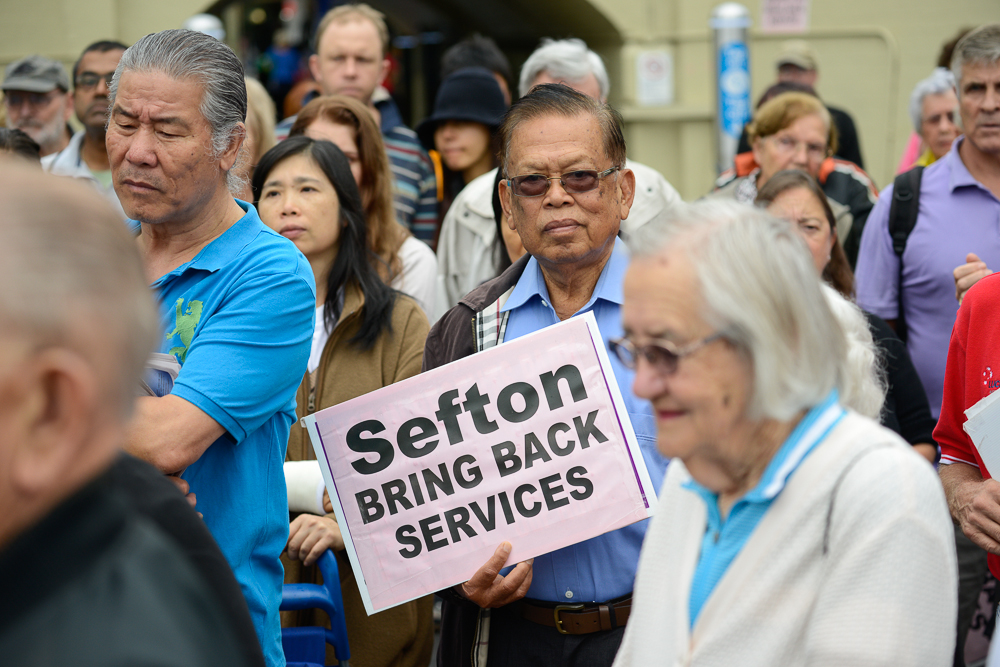 The new train timetable will be of little comfort to commuters in Sydney’s South West and Inner West with travel times doubling and direct services cut.

Despite claims made by Transport for NSW that “we’re moving forward”, the new train timetable remains a constant reminder of the “worst downgrades in a generation” facing commuters.

In clear signs that a genuine commitment to improving services is lacking from the State Government, the 6 stop journey from Sefton to Homebush was an easy 14 minute direct train in 2002.

Over a decade and half later, the same journey now takes 53 minutes in addition to requiring 4 separate trains and 3 interchanges (Birrong, Lidcombe, Strathfield).

With the Restore Inner West Line community campaign leading the way in protests against the train service downgrades, Transport for NSW has decided to reduce travel times to 35 minutes across 3 separate trains and 2 interchanges (Birrong, Lidcombe).

Transport for NSW’s refusal to restore the Inner West Line to Liverpool via Regents Park, despite new T2 Inner West Line services continuing west to Parramatta undermines all reasons provided in 2013 for the termination of the line at Homebush.

A 14 minute direct train journey in 2002 from Sefton to Homebush has now become a 35 minute indirect journey in 2017.

This is a prime example once again of how Transport for NSW and the State Government ought to show more care for the community including many of the high school students at Homebush Boys High School, Trinity Catholic College, Regents Park Christian School and Sefton High School.