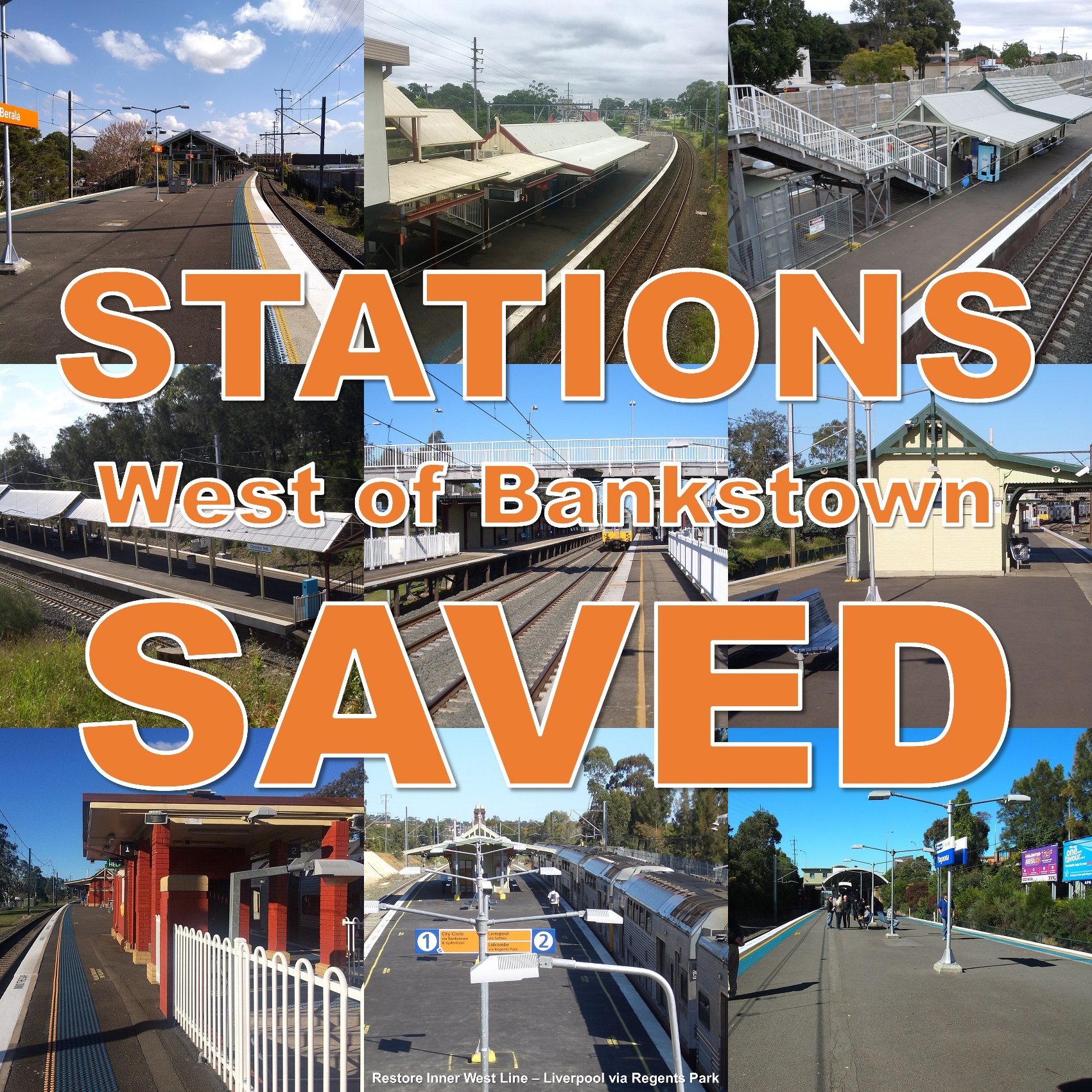 The Restore Inner West Line community action group would like to thank our members, volunteers and community representatives for supporting our campaign to bring back our train services

Transport for NSW’s release of options for the west of Bankstown has been deliberately discreet, with access to information only through the direct URL https://yoursay.transport.nsw.gov.au/west-of-Bankstown

We would love to hear your thoughts and feedback about the train and bus changes for west of Bankstown, please contact us or email: info@restoreinnerwestline.org.au

Since 2014, we have regularly asked Transport for NSW for a guarantee of Sydney Trains services for all existing T3 Bankstown Line stations in the west of Bankstown

And since 2018, we have sought clarification regarding the Future Transport Strategy’s maps that do not include the rail line west of Bankstown

On 22 January 2020, Transport for NSW released future transport documents for west of Bankstown in response to our GIPA (freedom of information) request