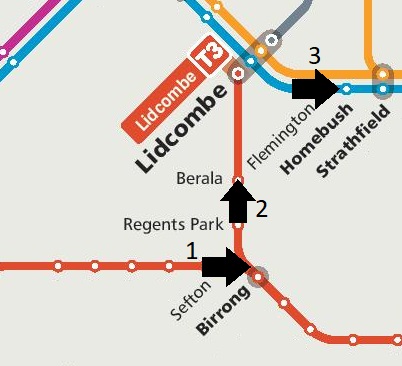 The State Government’s train cuts since 2013 are the worst downgrade to public transport in a generation!

Transport for NSW has been unable to provide evidence of improved reliability on the Sydney Trains network as a direct result of the Timetable Changes, Cuts to Inner West and Bankstown Line

What the community says:

“To get to the city now takes numerous changes. There is more congestion with people at Lidcombe station”

“Five stops 50 minutes from Berala to Strathfield – what a disgrace”

“I feel unsafe changing trains at Birrong, especially at night time, my travelling time has dramatically increased since the instalment of the new timetable, and the lack of trains is a huge burden and cause of great inconvenience”

Get Involved – Volunteer Today – We Need Your Help