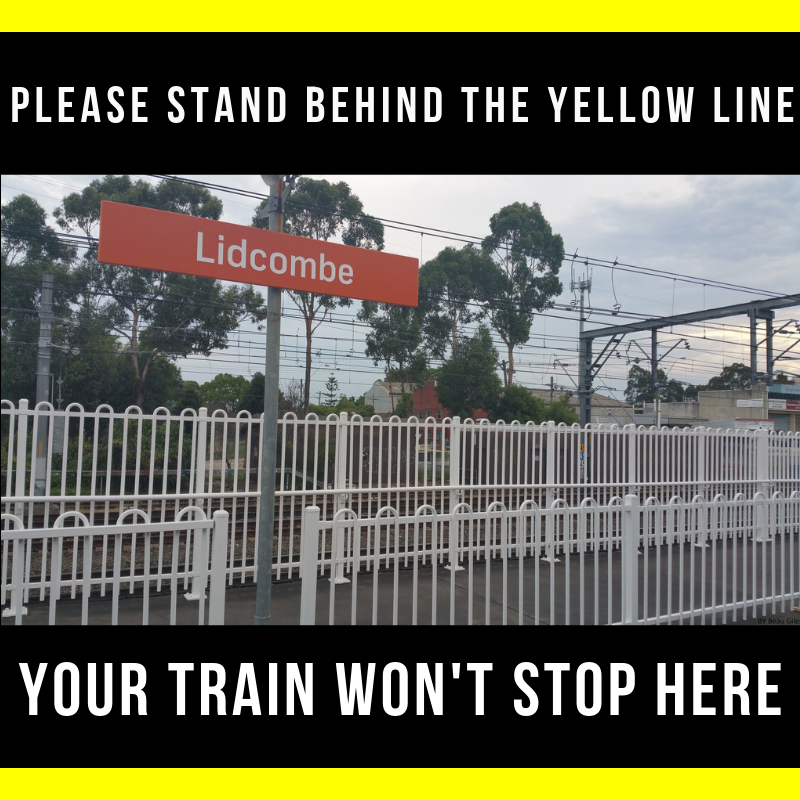 The cuts keep on coming for Lidcombe with more trains to skip the station in the upcoming timetable change. From 30 September, T1 Western Line trains will no longer stop at Lidcombe between 6am to 10pm on weekdays.

The changes will affect services to and from Richmond, forcing commuters to interchange at Seven Hills for alternative trains to Lidcombe. This cut follows the 2017 timetable’s removal of express trains on the T1 Western Line from Lidcombe, Auburn, Granville during the peak.

Commuters travelling from Lidcombe station can expect increased overcrowding on T2 Inner West and Leppington Line services with the timetable changes starting on 30 September 2018. Comment has been sought from Transport for NSW to confirm whether these changes will remain after construction works on the Epping-Chatswood Rail Link and the opening of the Sydney Metro Northwest is complete.

Restore Inner West Line is planning a Rally for Public Transport on Saturday 20 October at 10am outside Regents Park train station. Please join us in the fight for better train services!