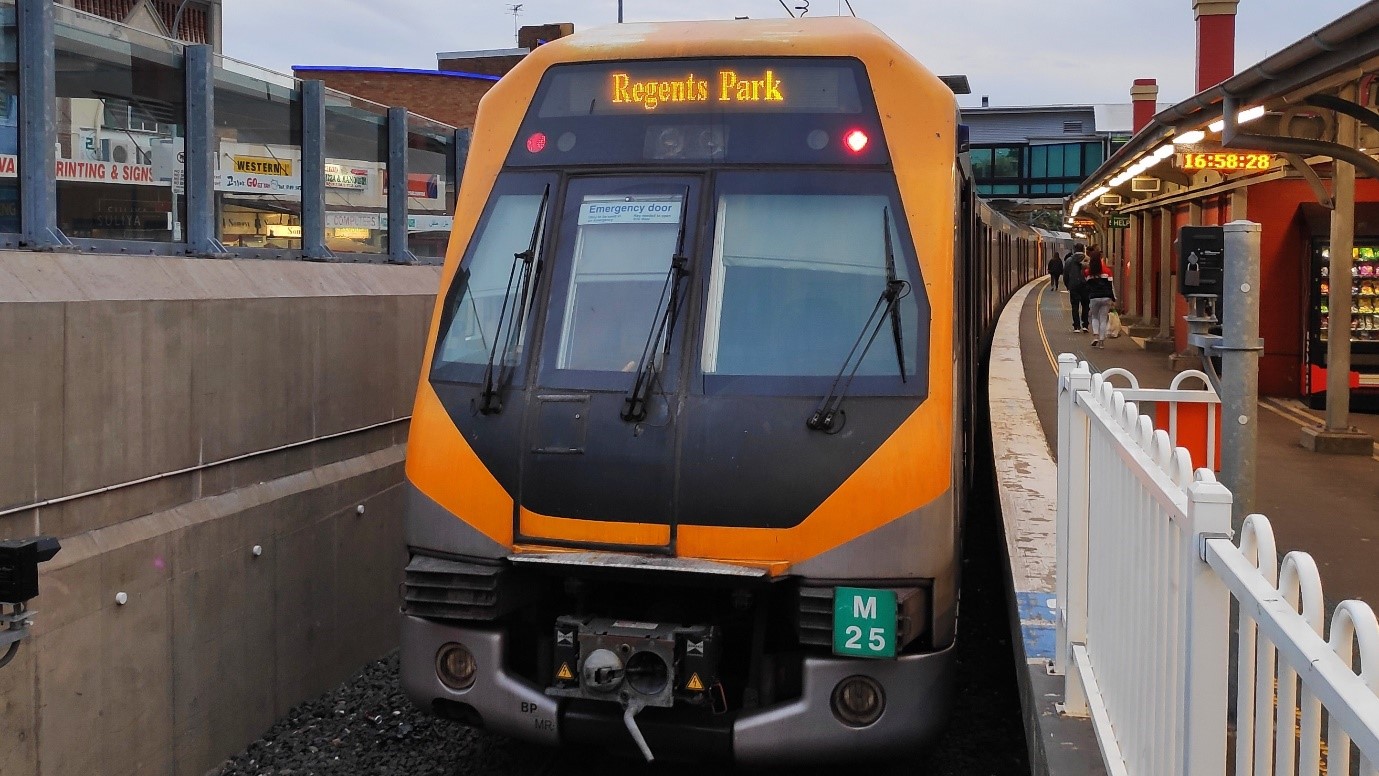 Inner West Line commuters could be looking forward to additional train services from City to Liverpool via Regents Park under a Transport for NSW proposal for Sydney’s railways in 2024.

Planning for future rail services is currently in progress following a recommendation of the NSW Parliament calling for the restoration of direct trains to City from west of Bankstown.

The NSW Legislative Council Inquiry into the Sydenham-Bankstown line conversion found that the Sydney Metro City & Southwest would disadvantage commuters west of Bankstown.

Many former Sydney rail executives have warned that converting Sydenham to Bankstown into Metro Southwest would result in nearly 20,000 commuters west of Bankstown being forced to interchange multiple times to access the City Circle.

Up until the recent Parliamentary Inquiry to 9 stations faced the prospect of buses permanently replacing train services on the T3 Bankstown Line.

The Restore Inner West Line campaign started in October 2013 as part of a commuter backlash against the downgrading of the Sydney Trains Network, most notably with the removal of the City to Liverpool via Regents Park and City to Bankstown via Regents Park service.

Commuters of the former Inner West Line were not involved in any consultation nor received any forewarning of the significant cuts to trains before the change were implemented.

Government cuts to train services under the false pretence of improving the Sydney Trains Network resulted in the tripling of travel times to the Inner West as well as the added requirement to interchange at Birrong, Lidcombe, and Strathfield.

Historical records from 1924 show that the Inner West Line was opened from City to Liverpool via Regents Park to provide relief for overcrowding on the Western Line.

Liverpool to City via Regents Park is also the shortest route from Sydney’s southwest to the Inner West and Sydney CBD in comparison to the route via Granville or Bankstown.

A government land subdivision sale poster from 1930 on the wall of the Berala Hotel proudly proclaims that the accelerated train service from Sydney to Berala was just a 22 minute journey via the Inner West.

Despite Premier Gladys Berejiklian and Transport Minister Andrew Constance both claiming to have made great process with Sydney’s railways, not only does the Inner West Line no longer exist for commuters west of Bankstown, but a train from Berala to City now involves an interchange at Lidcombe thus increasing travel times to an average of 35 to 40 minutes.

The journey from Sefton to Homebush has also been significantly downgraded resulting from the 2013 Sydney Trains timetable change which saw the removal of “Liverpool to City via Regents Park” from the Inner West Line.

What was once a 17 minute direct train can now take up to 53 minutes involving the use of 4 separate trains with interchanges required at Birrong, Lidcombe, and Strathfield.

Following a strong community campaign to restore the Inner West Line for City to Liverpool via Regents Park and City to Bankstown via Regents Park commuters, the NSW Government has finally conceded that the existing Sydney Trains Network is ready to accommodate the return of such services.

Transport for NSW has released an options paper for rail west of Bankstown including the likely restoration of City to Liverpool via Regents Park services and has stated that only existing available rail infrastructure would be used to deliver this project.

Former Transport Minister, now Premier, Gladys Berejiklian had previously insisted that the cuts to services made in 2013 were necessary to improve reliability on the Sydney Trains Network due to supposed capacity constraints between Homebush and Lidcombe.

However, with the 2017 timetable change seeing the T2 Inner West Line operating through Homebush to Parramatta via Lidcombe, the NSW Government claim for inadequate track capacity existed beyond Homebush has been proven to be false.

Despite multiple Freedom of Information (GIPA) requests to Transport for NSW, no evidence has been released demonstrating that such particular timetable change improved reliability on the Sydney Trains Network.

With current Transport for NSW and Sydney Trains executives having faced criticism by the NSW Legislative Council Committee for Transport and Customer Service over the neglect of the impact of Sydney Metro on commuters beyond Bankstown, the NSW Government has launched an online survey as part of community consultation for the planning of rail services for the 13 existing stations west of Bankstown.

As the NSW Government has abandoned plans for additional tracks through Homebush and Lidcombe in favour of the WestConnex motorway project, Transport for NSW is now attempting to repair the relationship with commuters through a potential plan to restore the former Inner West Line.

A restoration of “City to Liverpool via Regents Park” has been proposed in Option 2 of the Transport for NSW plans for rail west of Bankstown would see a direct train to the City via Lidcombe for most stations impacted by the conversion of Sydenham to Bankstown into Metro Southwest.

The question of naming the restored route remains an ongoing challenge for transport planners as the NSW Government is highly reluctant to acknowledge its involvement in removing the direct train without any evidence of improved reliability on the rail network.

Despite Bankstown being outside of “City to Liverpool via Regents Park”, Transport for NSW has named the route the “T3 Bankstown Line” as opposed to its historical name of the “Inner West Line” likely to save Premier Gladys Berejiklian embarrassment from having to formally reverse her decision to cut train services in 2013.

Transport for NSW has announced that a new train timetable for the west of Bankstown and possibly the wider Sydney Trains Network would be drafted in 2021 for implementation in 2024 which coincides with the shutdown of the T3 Bankstown Line for the Metro Southwest project.

The Restore Inner West Line community action group continues to advocate for the return of City to Liverpool via Regents Park and City to Bankstown via Regents Park train service as well as the continued provision of direct trains to City Circle for all existing T3 Bankstown Line stations.