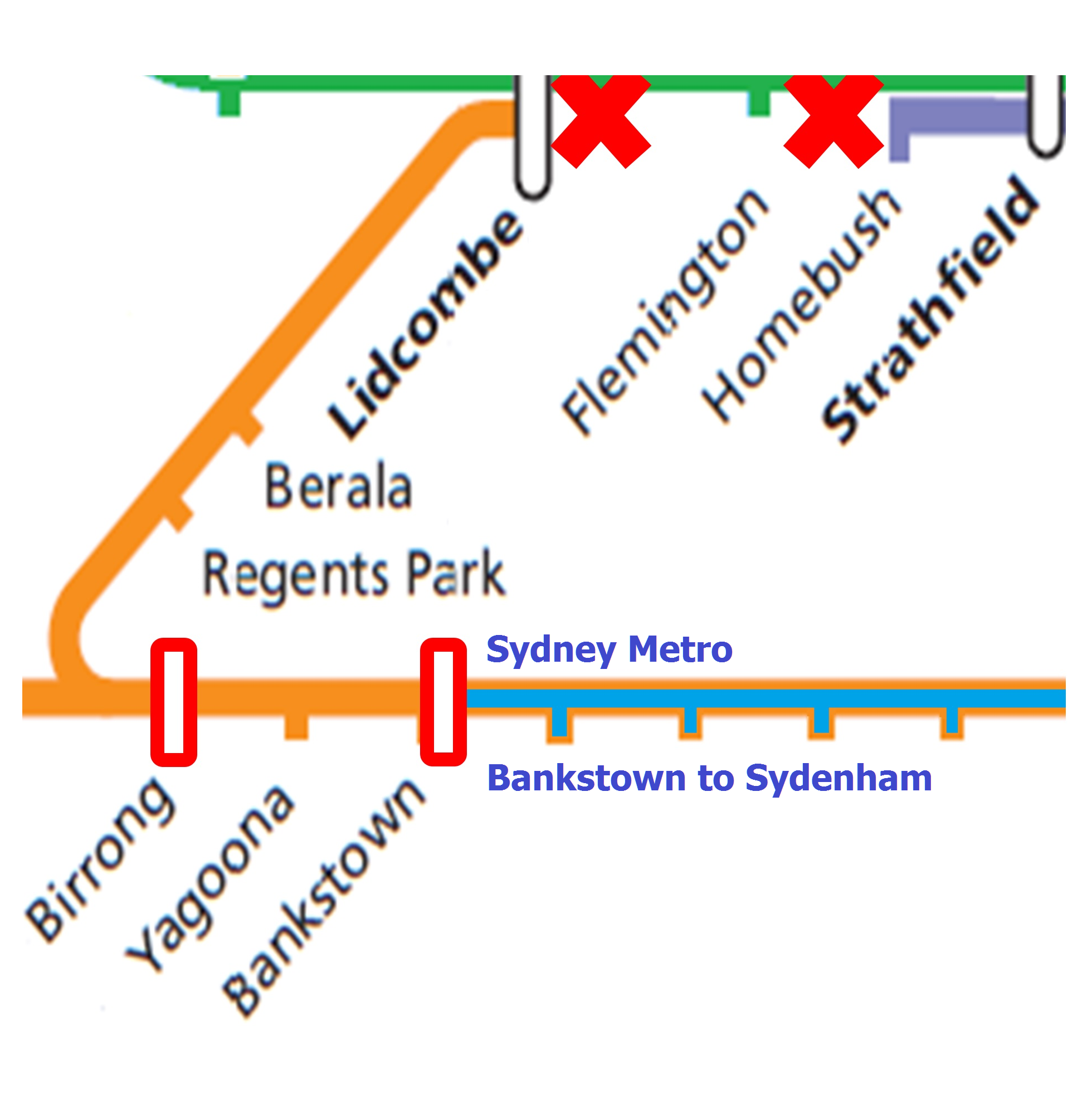 Restore Inner West Line would like to remind Transport Minister Andrew Consntance of the T3 Bankstown Line’s current services to Liverpool and Lidcombe as well as the lack of trains for stations beyond Bankstown on the line.

Minister Constance’s statement regarding the Sydenham to Bankstown Metro line includes a claim that stations on the Bankstown Line currently receive 4 trains per hour.

The Sydney Metro will also remove the last line of direct City services for commuters between Berala – Carramar, Birrong and Yagoona.

Restore Inner West Line calls on the NSW Government, Transport for NSW and Sydney Trains to reinstate the Inner West Line/Liverpool via Regents Park train service to reduce the number of interchanges for commuters between Berala – Carramar, Birrong and Yagoona.