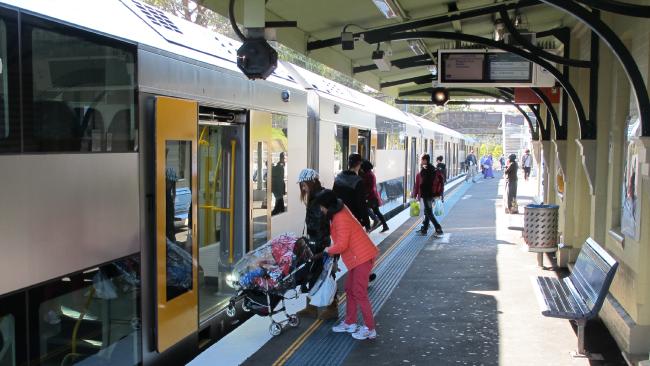 Two problems faced by Canterbury-Bankstown commuters — frequent interchanges and travel times — will not be addressed in the new draft train timetable, a community action group said.

“The 2017 train timetable is another missed opportunity to genuinely improve connections between Liverpool and Bankstown with the inner west and city.

“(It) doesn’t fix two of the major issues for Liverpool and Bankstown area commuters — increased interchanges and travel times.”

The group is calling for the restoration of the Bankstown to city via Regents Park line, a service that was cut in 2013, which would add another route into the city for Canterbury-Bankstown commuters. It would also provide direct access to the city once construction of the Sydney Metro begins, Mr Ng said.

He said nine stations on the T3 Bankstown line, west of Bankstown — including Regents Park, Birrong, Yagoona, Sefton and Chester Hill — would lose a direct route to the city during construction.

The group has invited the State Government to “visit the area by train to see first-hand the effects of their decisions”.

A Transport for NSW spokesman said the Bankstown line would close for short periods from 2019 between Sydenham and Bankstown while it is upgraded to the Sydney Metro, “with a final closure of three to six months just before services start in 2024”.

“During this time we’ll have a plan in place to help customers get where they need to go and we’ll communicate this at the appropriate time and ensure customers have plenty of time to plan ahead.”

The spokesman said the draft timetable included almost 250 extra weekly Bankstown line services with access to a train every 10 minutes on average during the morning peak.

“T3 Bankstown line customers will also have access to faster and more frequent services for the majority of the day on weekdays.”

View the timetable at: transport.nsw.gov.au/projects/more-trains-more-services. 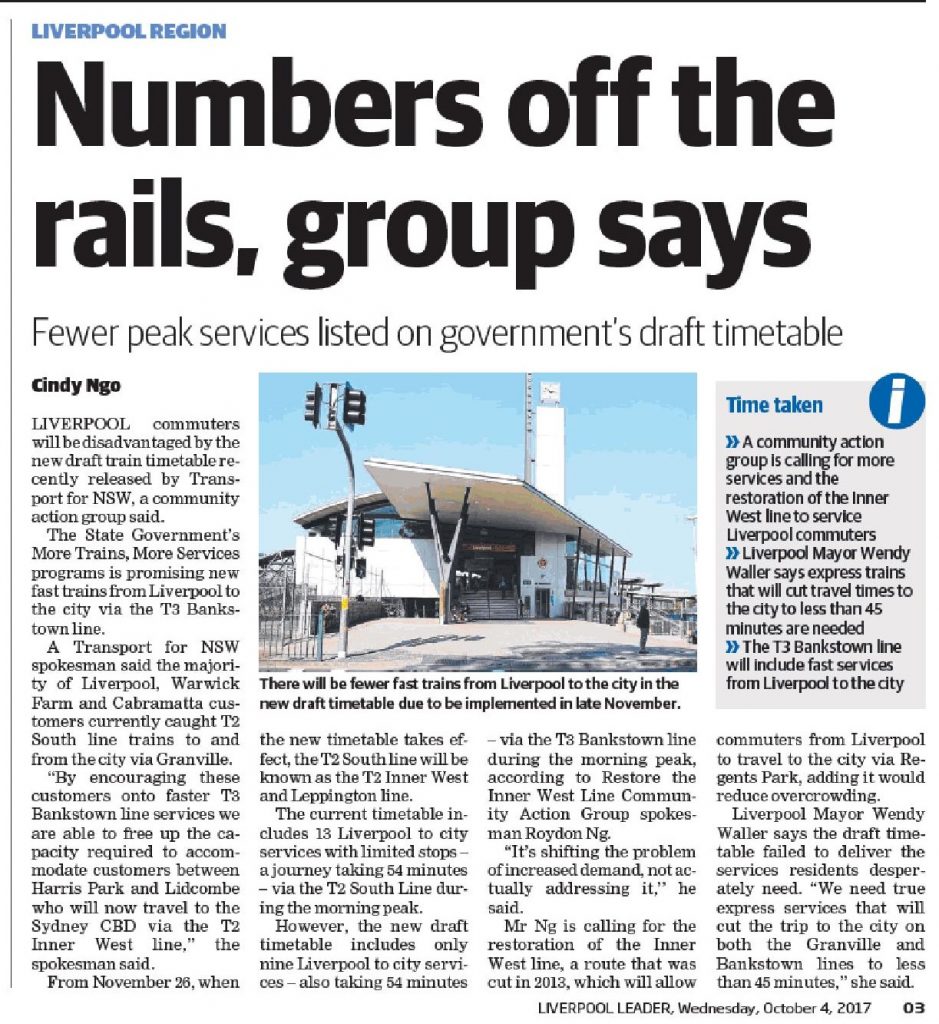