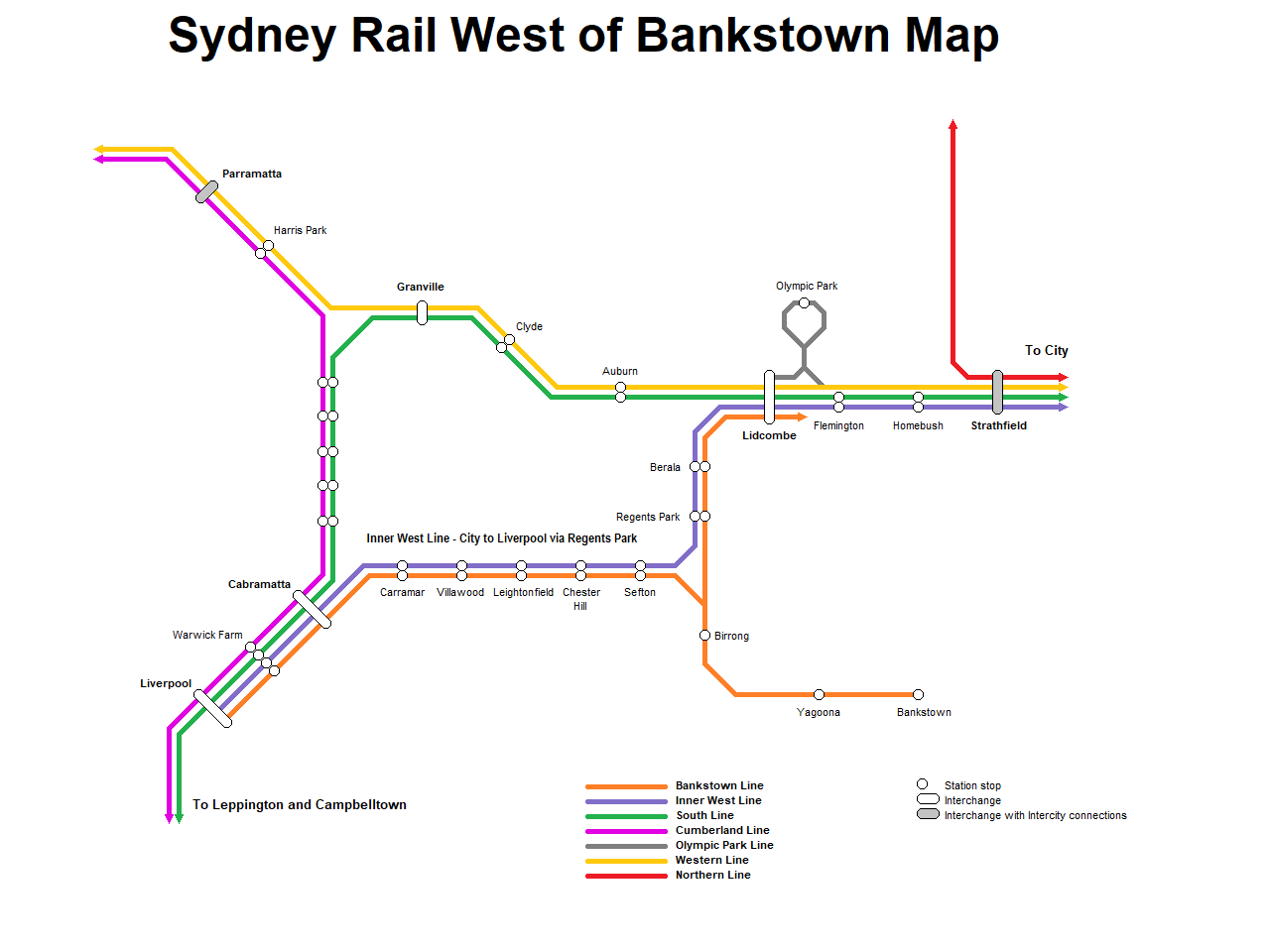 The Restore Inner West Line community action group thanks Transport for NSW for meeting with us to discuss the ‘planning for rail services west of Bankstown Station in 2024’.

We are encouraged by the preferred proposal (Option 2) including the ‘City to Liverpool via Regents Park’ service (which was the Inner West Line until October 2013).

We also believe that it is important to maintain the direct Sydney Trains service between Liverpool and Bankstown (and ideally to City Circle via Sydenham), therefore we cannot support Option 2 by itself.

Hence, we would like to announce our support for the combining of Option 2 and 3 to ensure that all stations have a direct train to the City Circle, Inner West, Bankstown, and Liverpool.

Transport for NSW has not been able to provide any information to our GIPA requests or any evidence substantiating that the changes to the Inner West Line and Bankstown Line/circle improved reliability on the Sydney Trains Network.

During the shutdown of the T3 Bankstown Line in December 2019 – January 2020 for construction of Sydney Metro Southwest between Sydenham and Bankstown, both the City to ‘Liverpool via Regents Park’ and ‘City to Bankstown via Regents Park’ train service was in operation.

We respectfully request that Transport for NSW provide a formal explanation of why all 3 sides of the Sefton Junction cannot be in concurrent operation for passenger services (to City Circle, Inner West, Liverpool, and Bankstown)?

We also request that the ‘City to Liverpool via Regents Park’ route be acknowledged as the (former) Inner West Line especially during this planning process and as separate to the T3 Bankstown Line (given that Bankstown is not a destination on this line).

The Restore Inner West Line community action group has produced this map of our preferred outcome for the ‘planning for rail services west of Bankstown Station in 2024’.

Other questions that need to be addressed by Transport for NSW include:

We thank Transport for NSW for the community consultation efforts thus far and we continue to look forward to improving public transport in the community west of Bankstown.

Thank you also to our community allies including The Battler, EcoTransit Sydney, the Sydenham to Bankstown Alliance, Fix NSW and others who have supported our campaign to bring back our train services.