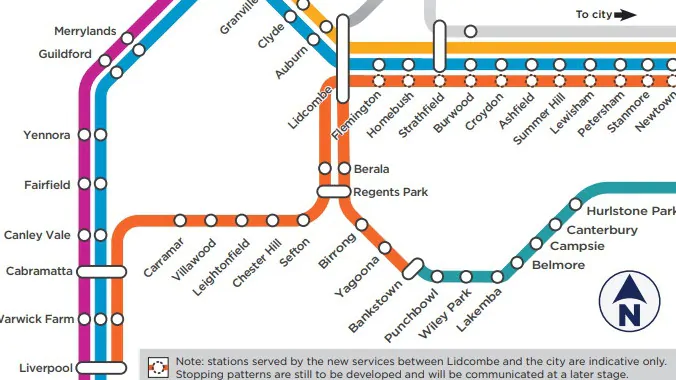 The state’s transport agency has begun community consultation as it considers rail service options for the T3 Bankstown Line, west of Bankstown once the controversial Sydney Metro City and Southwest is up and running.

The metro system, due to operate from 2024, means changes need to be made to the existing suburban railway west of Bankstown.

Three options are on the table, with Transport for NSW nominating option two as its preference.

This would include direct services to the city for commuters at Liverpool, Warwick Farm, Cabramatta, Carramar, Villawood, Leightonfield, Chester Hill, Sefton, Regents Park and Berala.

It would also mean less crowding on the T2 Line as most Liverpool-Cabramatta customers opt for the Liverpool-city service via Regents Park services, according to Transport for NSW.

Roydon Ng, of the Restore Inner West Line group, said option two was also the group’s preferred option and effectively meant restoring the former Inner West Line to Liverpool via Regents Park, which was cut in 2013.

However, he said combining options two and three — whereby services would operate between Bankstown and the city circle via the Inner West — would be more ideal.