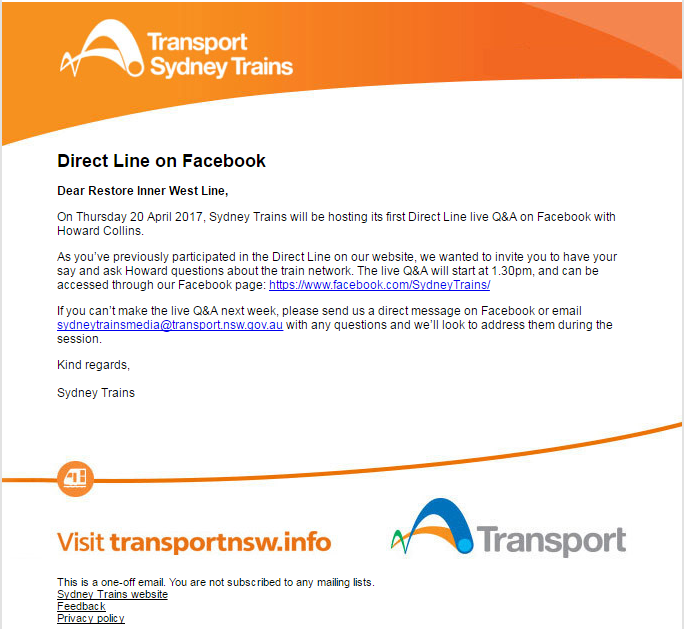 With significant cuts to train services announced for the Bankstown Line, Sydney Trains must clarify its commitment to commuters in the affected areas. Restore Inner West Line has asked Howard Collins about the future of the Bankstown Line especially for non-Metro stations.

Bankstown Line commuters from Berala to Carramar, Birrong and Yagoona will lose all direct City services with the Sydney Metro Southwest.

Currently Bankstown Line stations west from Berala to Carramar only have 2 trains per hour and passengers are forced to interchange at Birrong.

JOIN IN THE LIVE Q&A WITH SYDNEY TRAINS CEO HOWARD COLLINS ON THURSDAY 20TH APRIL 1:30PM https://www.facebook.com/SydneyTrains/ or EMAIL YOUR QUESTIONS TO sydneytrainsmedia@transport.nsw.gov.au