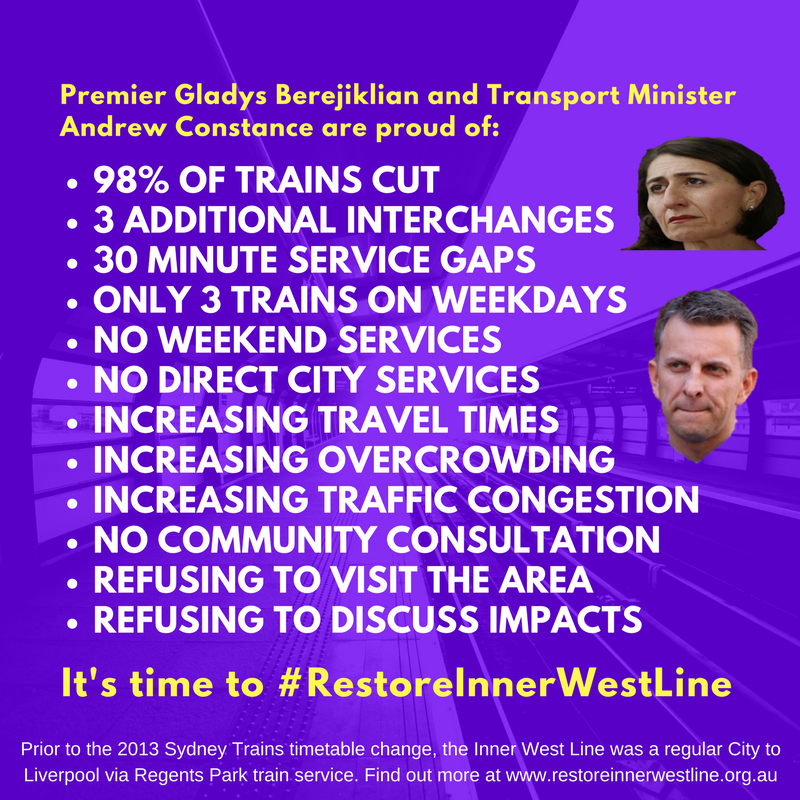 #RestoreInnerWestLine is many years overdue now!

Prior to the 2013 Sydney Trains timetable change, the Inner West Line was a regular City to Liverpool via Regents Park train service. Find out more at www.restoreinnerwestline.org.au