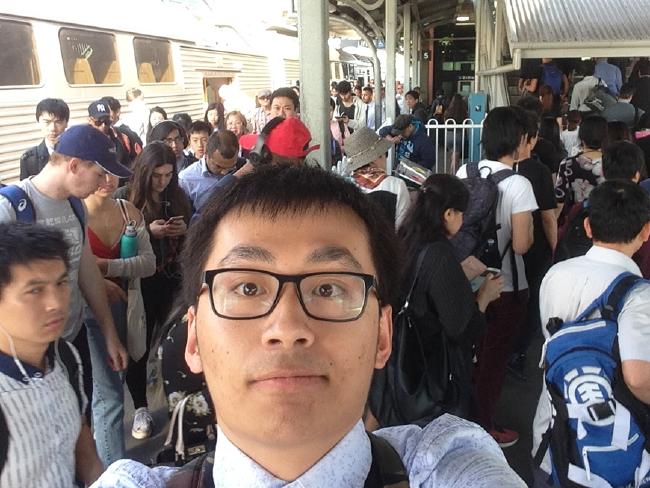 ROYDON Ng feels for the poor sods who spend nearly as much time changing platforms as riding trains to work.

“Four trains is the worst-case scenario for someone going to Homebush from Sefton: Change once at Birrong, change again at Lidcombe and change again at Strathfield,” Mr Ng, who continues to campaign to bring back the Inner West Line, said.

He said before 2013, when the last timetable was kicked in, it took just 16 minutes to travel by train from Homebush to Sefton. Now it takes 53 minutes.

Mr Ng can empathise. His commuting journey begins in Berala at 8.12am.

“I’m in walkable distance, 10-15 minutes. Besides, there’s nowhere to park anyway,” he said.

“The train goes to Lidcombe platform 5, then I go up and across to platform 3 or 1 to catch a by then already-full train to the city at 8.26am, arriving at Wynyard at 8.53am.

“There are no seats from Lidcombe. I then walk 3-5 minutes from the station to work.”

He said he never drives to work, explaining the closest parking station charges $15 an hour, “way too much”. “There’s no buses from the Berala area to anywhere with good trains; you’d have to catch it to Auburn or Bankstown,” Mr Ng said, adding “there’s no improvement under the new timetable.

“On the T1 Western Line Burwood, Lidcombe, Auburn, Clyde, Granville and Harris Park lose fast trains and have much slower trains on the T2 Line to the city.

“Many Bankstown Line stations will have to wait 25 minutes for trains as the timetable has uneven stopping patterns, especially between Liverpool and Bankstown, and Fairfield is largely left with a slow train to the city via Granville/Inner West.”

He argued the timetabling decisions were politically-motivated.

“The state government has taken trains away from Labor areas in 2013, and given it to a Liberal area (Parramatta) in 2018 hoping people have forgotten the line used to go to the southwest,” Mr Ng said.

This story was first published in the Canterbury-Bankstown Express on 20 November 2017.

Roydon’s comment: For Berala to Wynyard – Transport for NSW’s Trip Planner for the new timetable recommends an interchange at Lidcombe and Strathfield towards the City. This used to be a direct fast train not a slow train into the City!