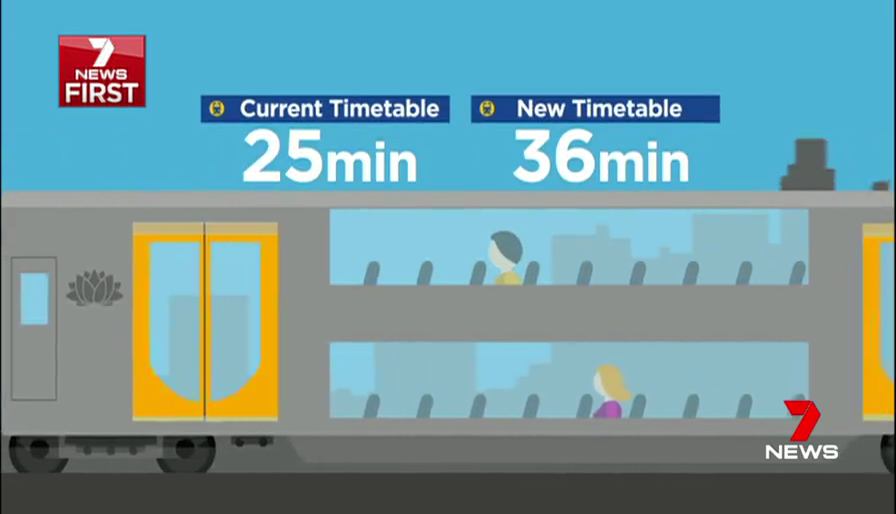 Instead of More Trains, More Services – the new 2017 timetable is slower trains and less direct services especially in comparison to the 1930s.

It was supposed to be a overhaul that left everyone a winner, but as the days countdown to Sydney’s new train timetable that may not be the case.

Inside the Berala Hotel, a glimpse into the past on a railway poster from the 1930s, talk of a 22 minute direct  city commute.

Fast forward to today it’s nearly double that. Now it’s over 40 minutes, 41 minutes to be precise with an interchange at Lidcombe.

“I think it’s extraordinary when you look at the trip to the city was faster almost 100 years ago, that [new train timetable] is not progress” – Jodi McKay (Shadow Transport Minister)

The government’s train timetable rolling out on November 26 many trips blowing out.

From Auburn to the CBD, what used to take 25 minutes will be 11 minutes longer. Now a 36 minute commute.

When planners sat down to work out the new timetable, they focused on less time waiting at the platform even if it meant slower trips.

The timetable begins on November 26. Full story on 7 News Sydney.

Sefton local Steve Lono tweeted: “They don’t care about people out here!! Services from Sefton Station and on that line are appalling!!! They’ve also taken away the time that there is attendants available!!! They need to realise that we need proper services too!!!”

Lodge your complaints about the new train timetable at: https://transportnsw.info/contact-us/feedback/train-feedback