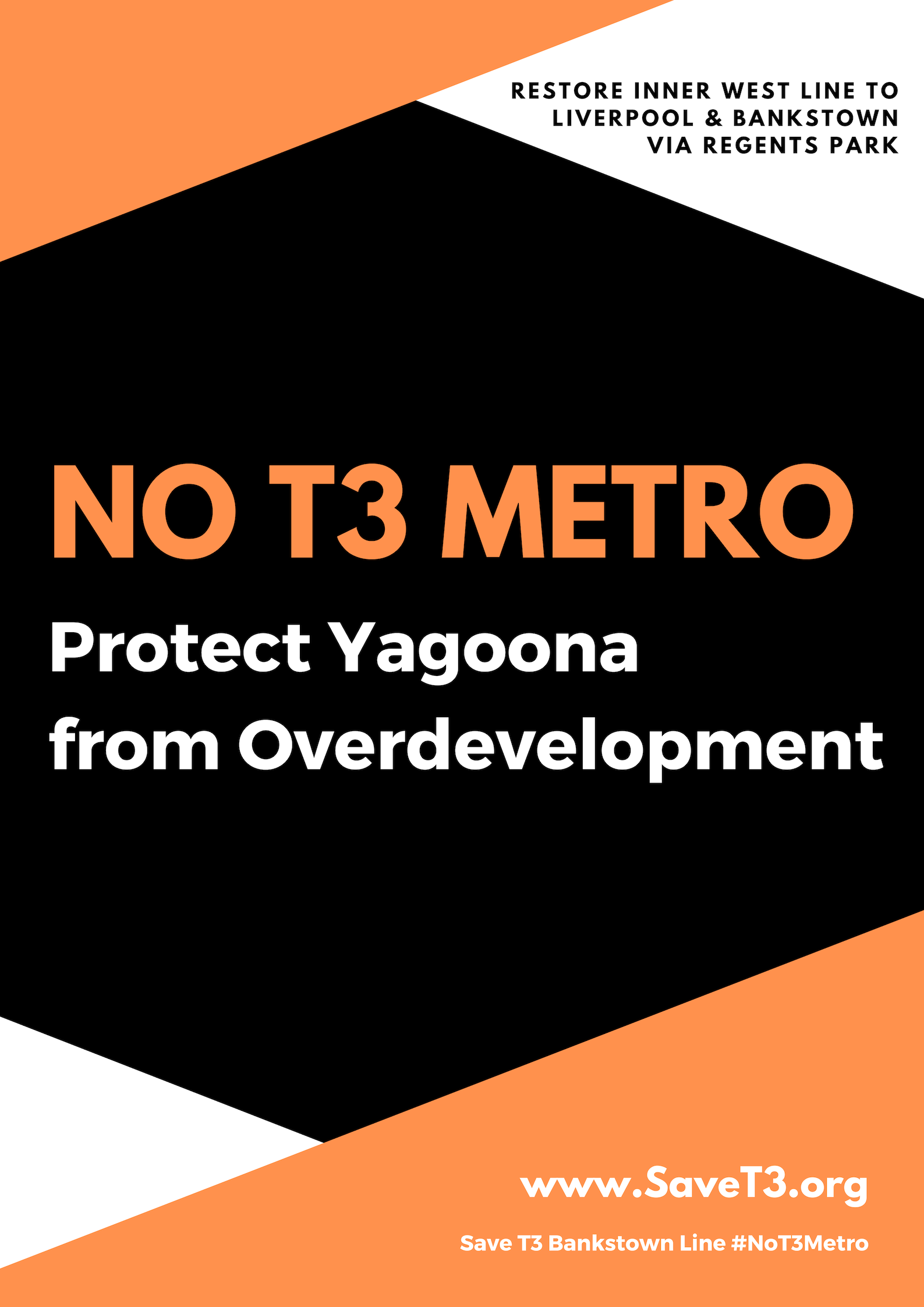 Media reports suggests that an extension to the Sydney Metro Southwest to Yagoona station is being considered.

We continue our strong opposition to the conversion of the T3 Bankstown Line. Upgraded Heavy Rail not Metro is what’s needed.

The Metro plans are plans for over-development and benefit developers not the public transport needs of the community.

Yagoona is not suitable for an interchange with the lack of accessible lifts, lack of parking and lack of bus stop facilities.

The Metro should stop at Sydenham and proceed south along the F6 corridor instead of the motorway.

Restoring the Inner West Line to Liverpool and Bankstown via Regents Park is the public transport fix that the community needs not a Metro train that cuts up 8 – 9 stations off from the entire Sydney Trains network.

Please sign the petition to Save T3 Bankstown Line and Restore Inner West Line: http://bit.ly/RestoreInnerWestLine. Find out more at: www.SaveT3.org/yagoona 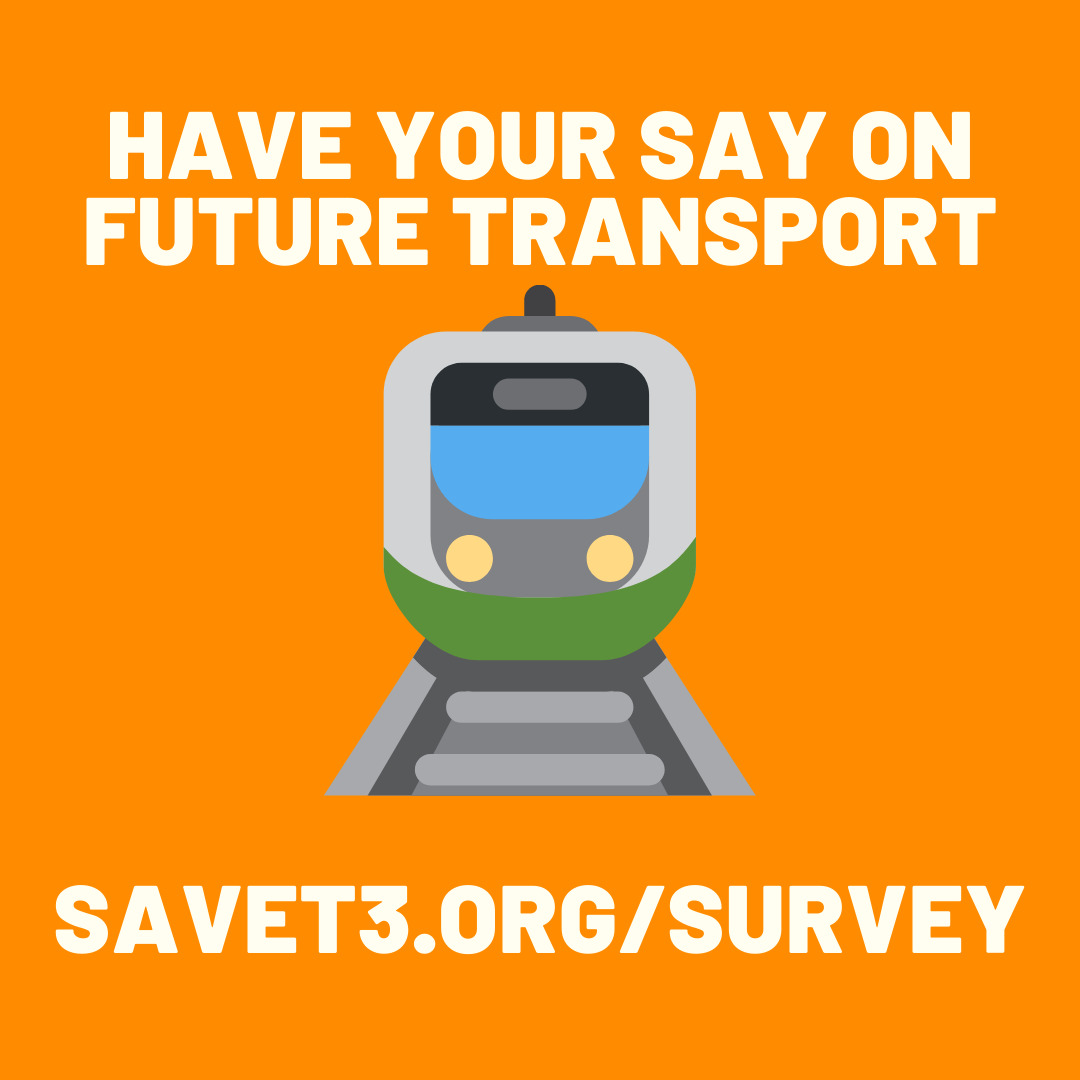