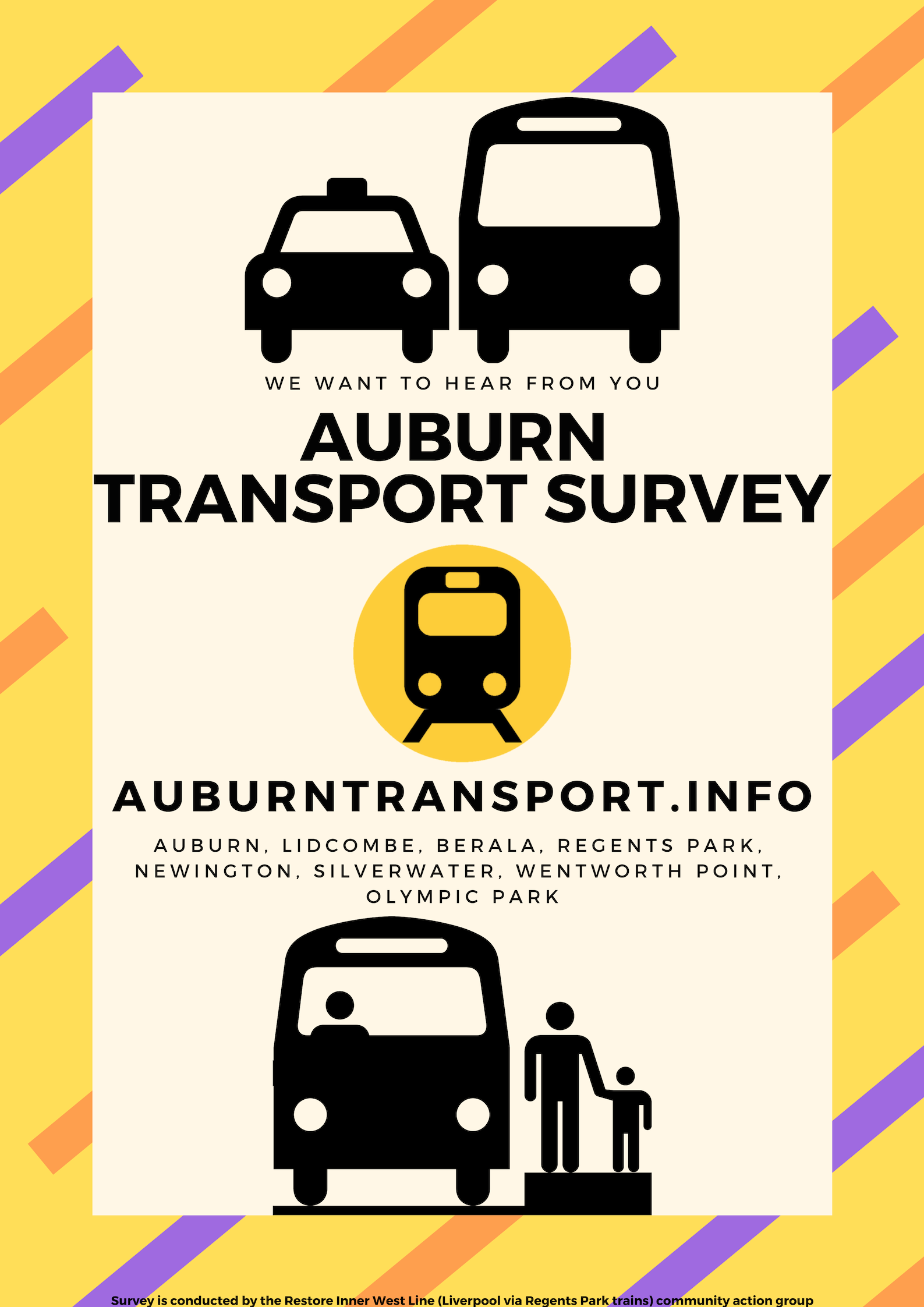 The Auburn area is on the front-line of this government’s attacks on Western Sydney and public transport! Help us fight back by taking our Transport Survey http://auburntransport.info

Public transport is the backbone of Sydney but in recent years this government has declared war on our public transport. Trains are slower and less direct. Bus services are late and infrequent. We’ve only got more motorway tolls and traffic congestion. Auburn takes 10 minutes longer to reach the City without fast Western Line trains. Lidcombe is overcrowded with commuters forced to interchange from Bankstown. Berala lost Inner West Line services and will lose all trains to City due to the Bankstown Metro. Regents Park lost trains to Liverpool and will lose all trains to City due to the Bankstown Metro. Newington and Wentworth Point is lacking frequent public transport connections for a growing population. Public transport upgrades have been abandoned for toll roads (WestConnex M4). Even Transport for NSW admits the Auburn area is worse off from major cuts to transport (2013 timetable cut Inner West Line from Berala/Regents Park and 2017 timetable cut fast trains from Lidcombe/Auburn). But this government doesn’t care about Western Sydney. It’s time to fight back and fix our public transport. We want to hear from you! Residents/commuters in Auburn, Lidcombe, Berala, Regents Park, Newington, Silverwater, Wentworth Point and Sydney Olympic Park are invited to take part in our Auburn Transport Survey (http://auburntransport.info)

PS. Granville, Bankstown, Liverpool, Inner West residents/commuters – we haven’t forgotten about you. We’re focusing on Auburn right now given that Lidcombe has been found to be most affected in transport downgrades over the past 5 years (Berejiklian crusades against Auburn and Bankstown & Cumberland LGA Worse Hit By Train Cuts) and we are to make sure that transport is a priority for candidates in the 2019 NSW election.