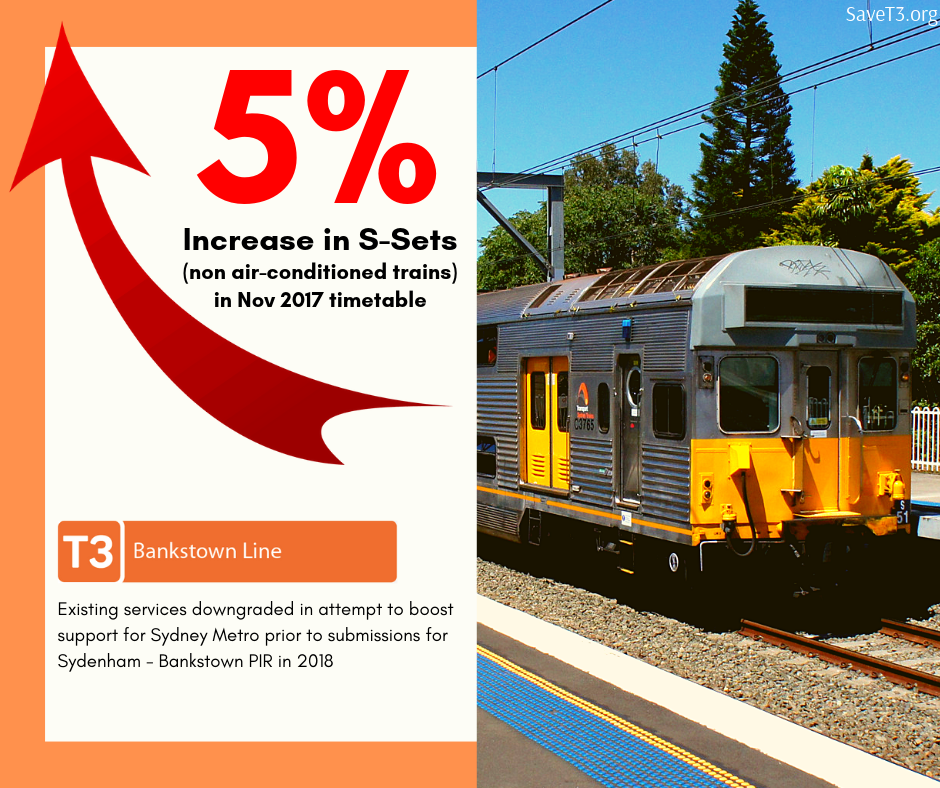 The findings of our Freedom of Information (GIPA) investigation are as follows:

Not only is there a 5% increase in S-Set, there is an 7% increase in K-Set, and 8% increase in the C-Set trains. This coincides with a 27% decrease in Millennium trains on the T3 Bankstown Line

The Sydney Metro Southwest: Sydenham to Bankstown Metro PIR was on public exhibition just 7 months following the significant increase in older and non air-conditioned trains running on the Bankstown Line