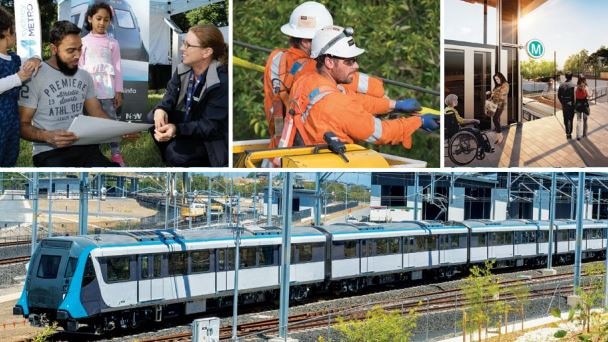 After many months of debate and consultation, Transport for NSW has finally announced the future of the T3 Bankstown line – and not everyone is happy.

The future of train services running west of Bankstown has been revealed as the state government plans for Sydney Metro Southwest.

As part of the changes, trains operating from Liverpool and the City Circle will no longer be running through Bankstown, according to a Transport for NSW statement released on Tuesday.

Instead, trains will travel via Regents Park and Lidcombe with Regents Park acting as the main interchange point for commuters to switch between the two T3 branch lines.

As a result direct services to and from the City Circle via Lidcombe will be available for Liverpool to Sefton, Regents Park and Berala customers.

Transport for NSW said there will be more weekly train services and direct routes to the Inner West and Parramatta.

T3 shuttle services between Lidcombe and Bankstown will also be available.

Yet commuters in Yagoona and Birrong will miss out on direct services from Bankstown to the City.

According to Transport NSW, customers can change at Bankstown for turn-up-and-go Metro services or travel to Lidcombe or Regents Park for access to other train lines.

“Transport for NSW’s decision to reopen the former Inner West Line’s City to Liverpool via Regents Park service is thanks to the efforts of local residents,” he said.

Mr Ng and his activist group, which was founded in 2013 in response to the state government’s cuts to services in the region, welcomed the future return of direct train services to the city for seven of the nine stations west of Bankstown.

Yet he said it was unfair that those in Yagoona and Birrong were left out and called for direct services from Bankstown to the City.

Due to the changes commuters in those two stations will no longer have a direct train service to the City and will be forced to change at Lidcombe before hopping on another train.

Mr Ng referred to those in Birrong and Yagoona as the “forgotten commuters.”

“We are not giving up on these two stations,” he said.

Mr Ng claims they were not given a direct train line to the City to ensure those commuters would help patronise the new metro.

“Birrong and Yagoona are missing out on a direct train to the City and inner west because the state government needs patronage on the metro to prevent Sydney Southwest Metro being a white elephant,” he said.

His group also called for the Liverpool to Bankstown direct service, that currently runs on the T3 line to be maintained, and Bankstown to City via Regents Park to be restored.

“The train will stop at the interchange at Lidcombe (as part of the changes) then everyone will have to get off and get another train to the City. We want it to continue (directly) to the City,” he said.

While Mr Ng said he’s happy the City via Regents Park is being restored he said the Bankstown line should be renamed the T2 Inner West Line.

“We want it to be called the Inner West line,” he said.

“It’s the historical name. It was what it was called pre 2013. It shouldn’t be called the Bankstown line because it doesn’t even go to Bankstown.”

A Transport for NSW spokesman said the service option is the “most effective” based on community feedback and analysis of Opal data.

“It provides a direct link to the city for close to 90 per cent of morning peak customers, while minimising the impact on the rest of the network,” he said.

“We know that when the network is at its busiest, people from Birrong and Yagoona stations represent about 10 per cent of morning peak customers travelling on this part of the network.

“Birrong and Yagoona customers will still have access to frequent trains at their local station to connect with Metro services at Bankstown to take them to the city and beyond to the North West. Alternatively, customers could also travel to Lidcombe or Regents Park for access to other destinations.”

It is understood there will be a review in naming the affected railway services and lines.

“It must be noted the first preference of the local community remains a full and immediate restoration of the line,” she said.

“This provides very little solace for Yagoona and Birrong residents, who will continue to only have access to a shuttle service, and be forced to interchange at either Bankstown, Regents Park or Lidcombe to access the CBD.”

“It is disappointing that this is only a partial restoration, as for seven years we have been fighting for a full restoration, since it was removed by then-Transport Minister Gladys Berejiklian in 2013.”

“Our community should not be forced to wait another four years for this long-overdue partial restoration to occur, these services should be fully restored now.”

The train changes come after the Sydney Metro bosses announced the Bankstown line will retain a link to the City once the new line opens following public outrage that some stations could be shut down.

Transport for NSW confirmed last December that stations west of Bankstown will remain open after the Sydney Metro Southwest launches in 2024.

Sydney Metro, which will be up and running in 2024, will operate a train every four minutes in each direction in the peak between Bankstown and Sydenham.