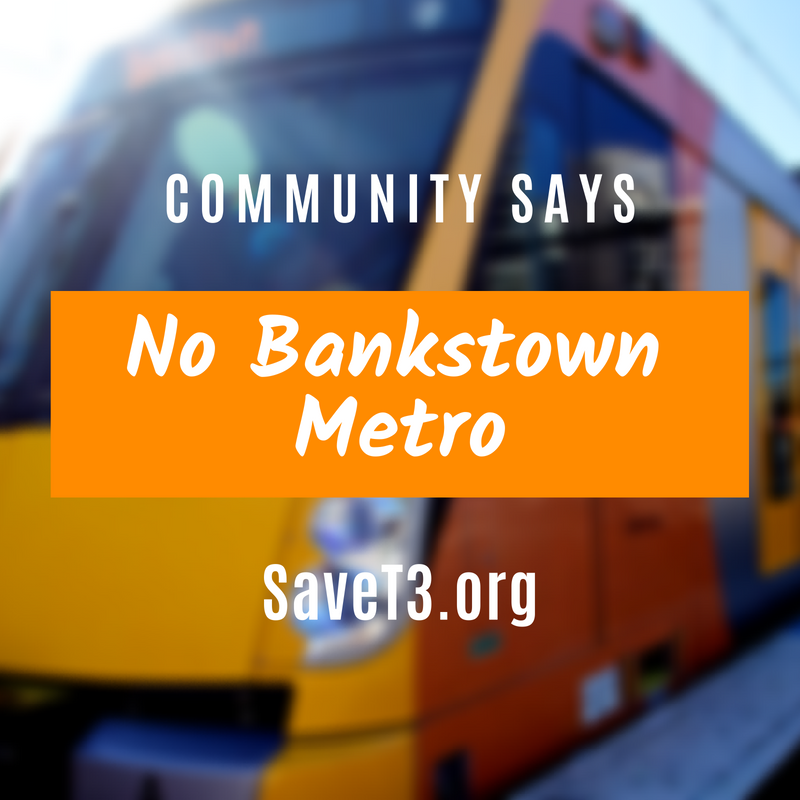 The release of the Submissions Report for the Sydenham-Bankstown Metro PIR once again reinforces strong opposition to the project from the community and stakeholders.

Opposition towards the Sydenham-Bankstown Metro was strongest in Berala, Regents Park and Chester Hill. These stations are of the 9 stations west of Bankstown that will lose all direct trains to City once the Metro is constructed forcing 19,000 commuters to make additional interchanges at Lidcombe and Bankstown. Travel times to City for stations west of Bankstown are on average an additional 2 minutes in peak and 6 minutes in off-peak going via the Bankstown Metro interchange.

The entire planning process for Sydney Metro Southwest (Sydenham-Bankstown) has neglected to include the Cumberland LGA (Lidcombe, Berala, Regents Park) as part of its project scope. It is clear the Department of Planning and Transport for NSW does not understand that the T3 Bankstown Line operates west of Bankstown towards Lidcombe and Liverpool via Cabramatta. The responses to the submissions also fail to properly address this issue and the issue that 9 stations west of Bankstown will lose all direct trains to City.

The Save T3 Bankstown Line campaign that Restore Inner West Line and The Battler has run over the past few months has provided the community west of Bankstown especially around Berala, Regents Park and Chester Hill with more information about the impending shutdown and cuts to the Bankstown Line compared to what Transport for NSW/Sydney Metro has undertaken.

Restore Inner West Line with support from The Battler and the Sydenham-Bankstown Alliance will be holding a protest Rally for Public Transport on Saturday 20th October from 10am-11am at Regents Park Station (Amy St) to mark 5 years of Gladys Berejiklian’s attacks on public transport in Western and South Western Sydney. The rally will cover the need for Restore Inner West Line to Liverpool/Bankstown via Regents Park, Save T3 Bankstown Line #NoT3Metro and Fast Trains for Lidcombe, Auburn, Granville & Less Overcrowding. www.restoreinnerwestline.org.au/rally

Save T3 calls on the Department of Planning to properly consult with all communities on the Bankstown Line including the Cumberland LGA and for Transport Minister Andrew Constance to seriously consider the consequences of forcing an additional 19,000 commuters to interchange at Lidcombe or Bankstown every day.