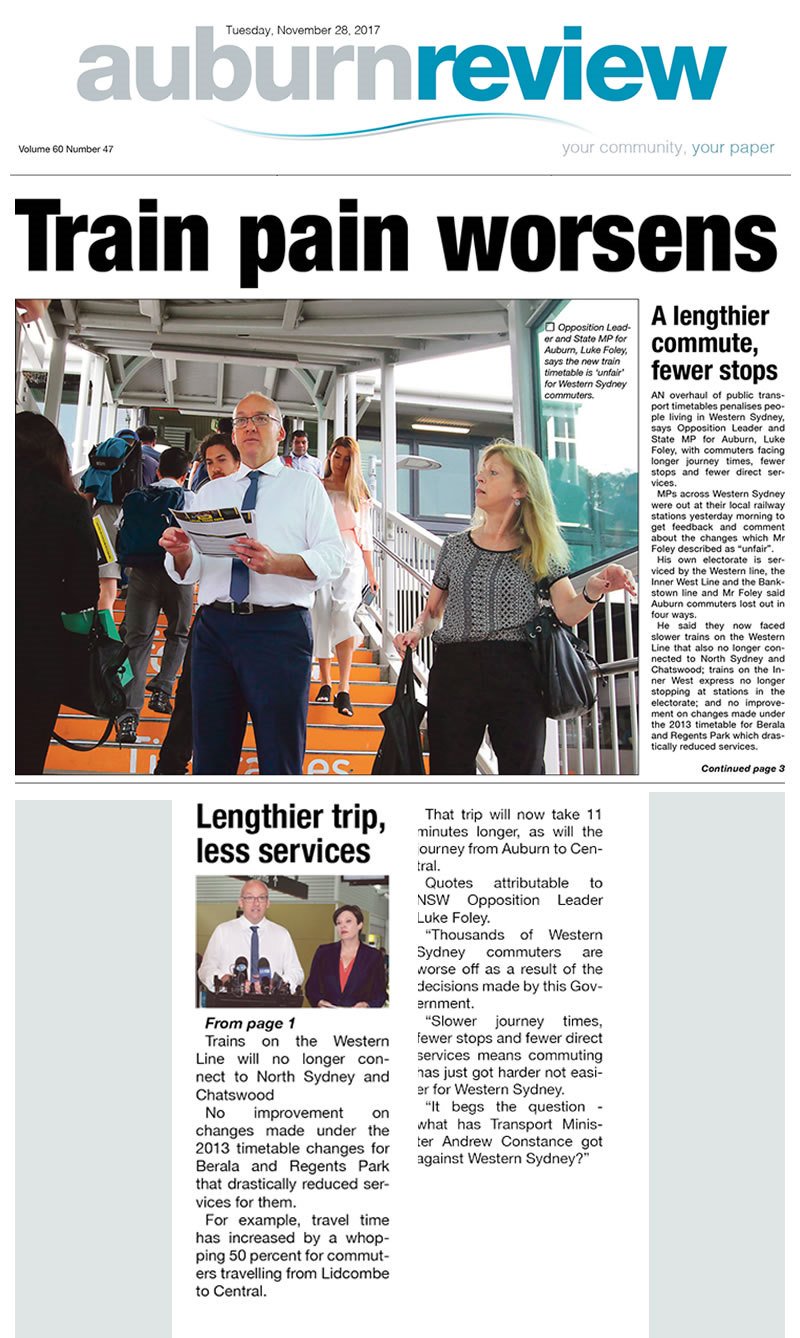 MPs across Western Sydney were out at their local railway stations yesterday morning to get feedback and comment about the changes which Mr Foley described as “unfair”.

His own electorate is serviced by the Western line, the Inner West Line and the Bankstown line and Mr Foley said Auburn commuters lost out in four ways.

He said they now faced slower trains on the Western Line that also no longer connected to North Sydney and Chatswood; trains on the Inner West express no longer stopping at stations in the electorate; and no improvement on changes made under the 2013 timetable for Berala and Regents Park which drastically reduced services.

Mr Foley added that travelling from Lidcombe to Central now takes an extra 11 minutes, as will the journey from Auburn to Central.

“Thousands of Western Sydney commuters are worse off as a result of the decisions made by this Government,” he said.

“It begs the question – what has Transport Minister Andrew Constance got against Western Sydney?”

“We have prioritised public transport investment with more than $1.5 billon going into the rail network and have purchased more trains, buses and ferries,” she said.

Minister for Transport and Infrastructure, Andrew Constance, also called on customers to be patient as thousands of new services came into effect on Sunday.