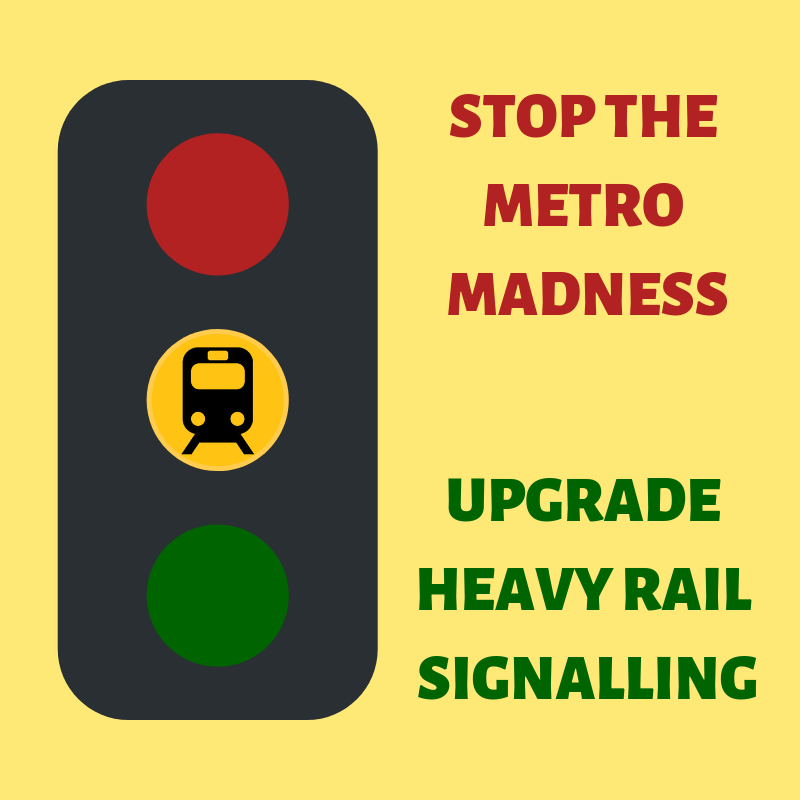 The North Shore Line will have 20 trains per hour to City (once Metro Northwest opens in 2019) but once Metro Southwest opens, 9 stations (from Berala to Carramar, Birrong and Yagoona) on the western half (non-Metro) of the Bankstown Line will have 0 trains to the City!

Transport Minister Andrew Constance has confirmed that upgrading signalling on the T1 North Shore Line will allow 20 trains per hour (on existing heavy rail) to the City, a train every 3 minutes. Sydney Metro has 25% less capacity with a 15 trains per hour with a train every 4 minutes in the peak.

Also 9 stations west of Bankstown on the T3 Bankstown Line will have 0 trains to City as a result of the Metro Southwest (Sydenham to Bankstown). Why is the government wasting so much money on a new sub-par Metro when upgrading signalling on existing heavy rail is cheaper and delivers more benefits for public transport?

The divide between the North Shore and Western Sydney is growing with Premier Gladys Berejiklian clearly favouring her own backyard while leaving the West as second-class citizens!

Please share this video and support the Save T3 Bankstown Line campaign! www.SaveT3.org

Benefits of Upgrading Signalling instead of Sydney Metro Southwest: Sydenham to Bankstown