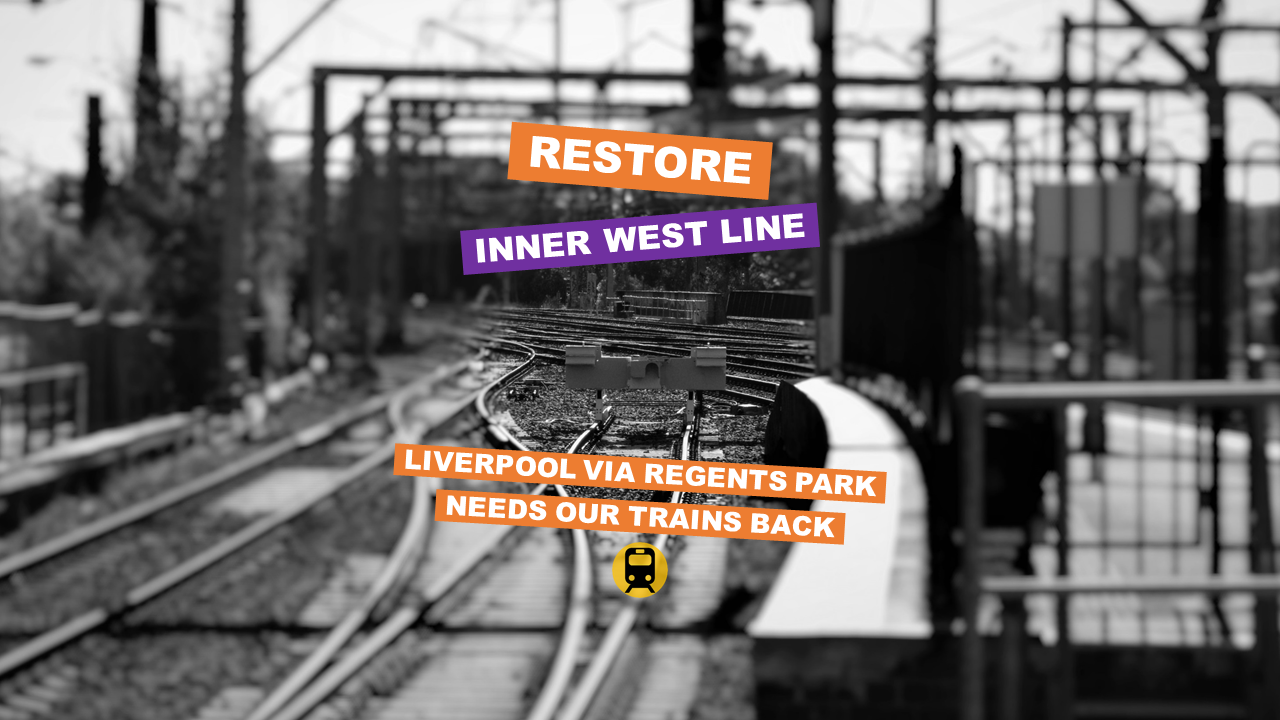 LIVERPOOL commuters have been short-changed with inadequate public transport options, according to a community advocacy group campaigning for faster, direct train services to the city.

Roydon Ng from the Restore Inner West Line group said train services for Liverpool commuters travelling to the city, via Regents Park, were removed following successive cuts to services since 2013.

Mr Ng and his fellow campaigners, including Maurice Guerra of Campbelltown, and John Anderson, of Wattle Grove, are urging the government to fix public transport for southwest Sydney commuters.

The group is encouraging commuters to join the cause by signing a petition calling for the restoration of the Inner West Line’s City to Liverpool via Regents Park service, which was cut in 2013.

At the time, it was the shortest route to the city.

They are also calling for express trains to the city via Granville on the T2 Leppington Line to be restored after they were cut in 2017. Earlier this year, the government made an election promise to extend the Sydney Metro Southwest to Liverpool.

“There is a growing population here,” he said.

“There’s a lack of infrastructure.

“We should be building new rail lines … not replacing existing rail lines.” 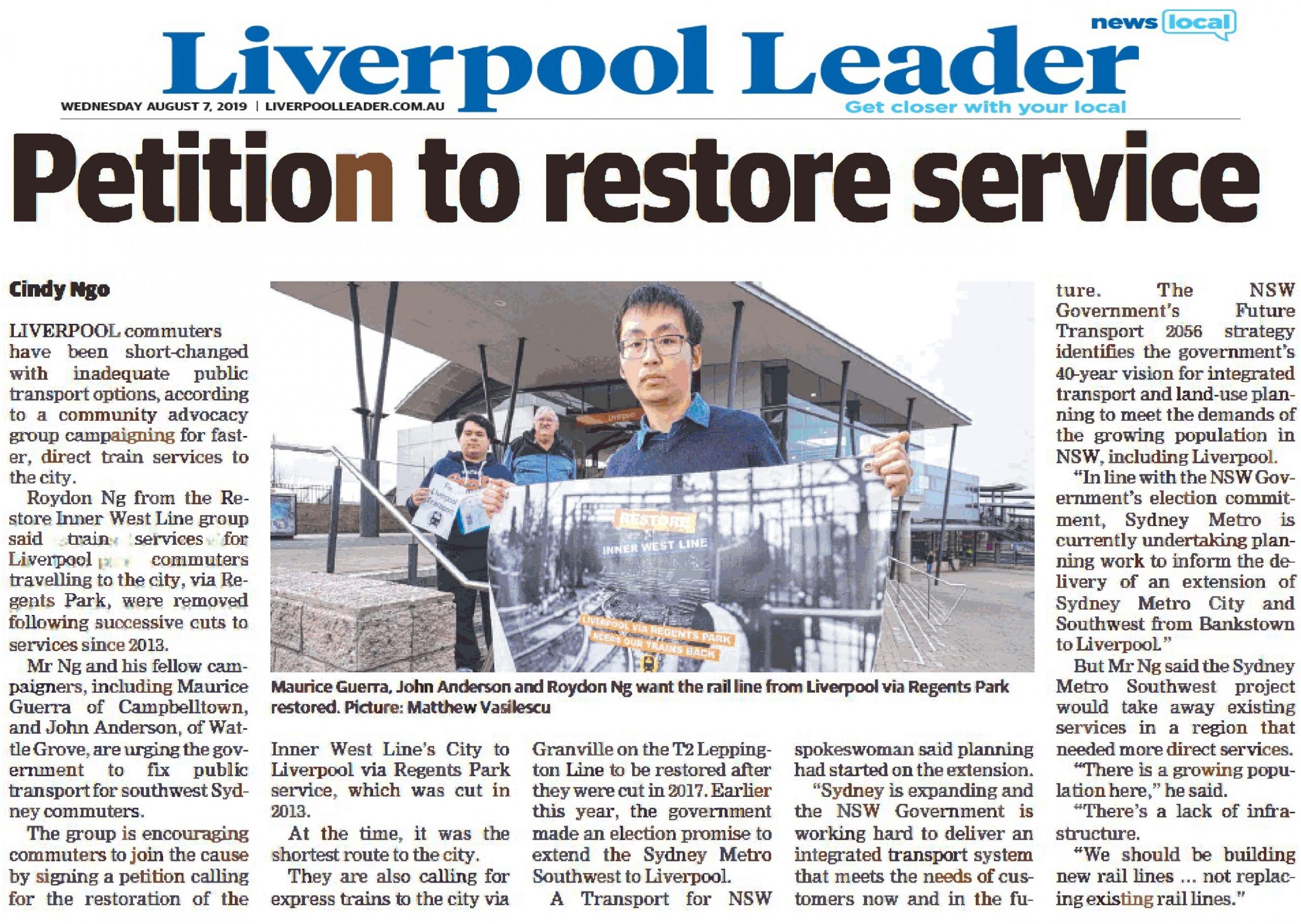 Our Fix Liverpool Transport campaign is proud to support RAID Moorebank in the fight to improve public transport and restore the Liverpool via Regents Park train service.

Sign the petition to Fix Liverpool Transport at http://www.liverpooltransport.info